I recently discovered that Carol Marine had a link to our site. I visited her site and was very impressed with her work.  Being appreciative, I called to thank her. She is a great example of how an artist is making a good living doing what she loves to do. She has a blog and is a member of  DailyPainters.com She also teaches 5 day workshops all over the United States and Canada. When I spoke to her she was leaving the next day for a workshop in Maine. As of October 5th, 2006 she has painted one small painting every day. Each painting is for bid on ebay starting at $100. She said that she has written an article on how artists are using the web to sell their work. She said she would be willing to share the information. When she returns from the workshop we will post the information on our blog. 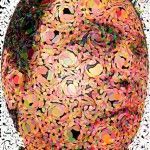 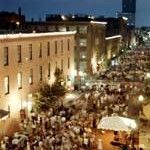