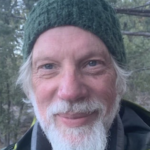 Pete Myers lives in Santa Fe, NM and has been a customer since 2008. Myers is a fine art photographer known for his vivid abstractions of the decaying ruins of the American West.

This is his #artinthetimeofcorona story. 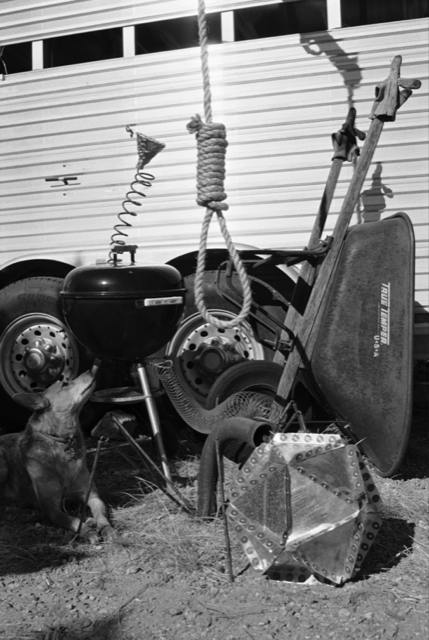 How was Santa Fe affected by the COVID-19 virus? How have you been affected personally?

We have had 155 confirmed cases in our large county, and 3 deaths.
I may have had COVID-19 back in February, but have been unable to get an antibody test to prove it. No fever, but the oddest “flu-like” symptoms, with massive pain at times—a two week run. Exposed by some one that was in Italy in January and may have been a silent carrier in the very early phases.
I also had a self-proclaimed “red neck” confront me for no particular reason in a grocery store, yelling at me and my wife that we were “communists” and had “drinken” the Kool-Aide” for wearing face masks. The outburst was so severe that we nearly ended up coming to blows. The police and store manager made minimal effort to deal with the out of control customer. It was not a pleasant experience. It has made me wary of going to town or even traveling into rural areas where I use to photograph a great many of my works. I find it appalling when people weaponize the virus for political posturing in the midst of the pandemic.
I finally yelled at the guy, “hey, I WENT to science class!”, which oddly enough seemed to shut him up.

We live on 10 acres of rolling hills in a rural area of Santa Fe County. I take our two Austrian Cattle Dogs on a hike around the periphery of our property. Not only is it a good workout, but the love from my dogs is never failing and keeps me sane.

I am also a musician, and I can disappear into the ether for hours playing my Fender Stratocaster.

Sadly, most of my patrons and supporters have all but disappeared during COVID-19. I feel that people are in such an emotionally raw state right now that they have virtually no ability to absorb anything new. So my job is simply to do the work. Courage, keep moving.
As an artist, this is one of the greatest times for doing the work. Reflecting even one moment of this time within one’s work related to how humanity reacted to COVID-19 is important to our collective story. I would have never imagined the world coming to a dead stop in such a short period of time, and so drastically and dramatically. It exceeds belief by anyone.
Humanity should also be happy and proud that our losses were narrowed by unilateral action across the planet. In comparison, World War II was a five-year battle, with an estimated loss of 70-85 million people (mostly non-combatants) or about 3% of the global population at the time. Perhaps at a planet, we have taken a step forward together.

I think there is potential for great change ahead, especially in the arts. It would seem that most of the world had wandered off the beaten path many years ago, with numbness and emotional detachment being the norm. Post COVID, I feel that people want to re-gain their civility and humanity and our emotional connection to one another. Art, being a metaphor for feeling, offers a commonality among those experiencing it, which simply results in us feeling more human and connected.