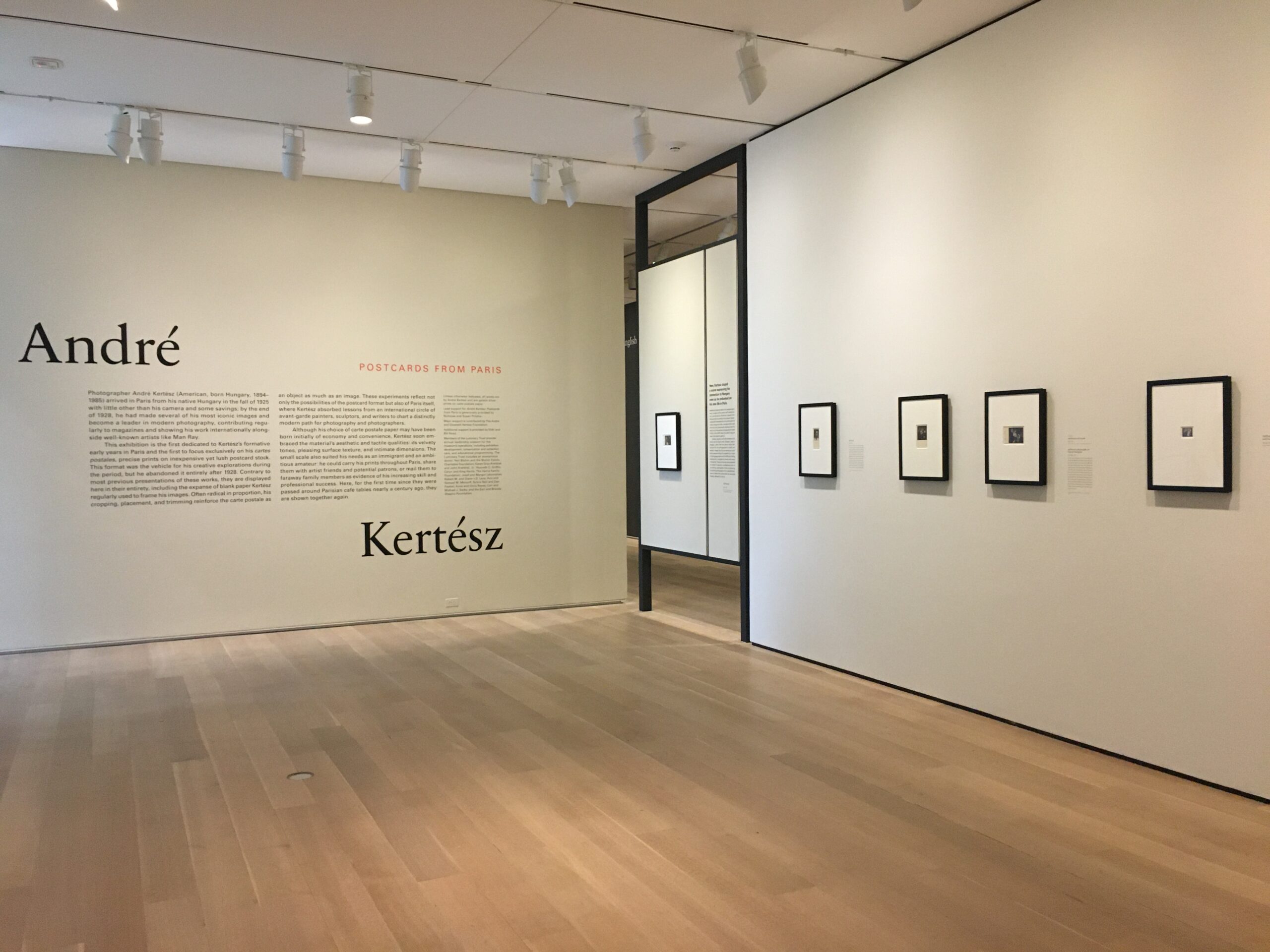 Planning and mounting an exhibition is always difficult. This one was made even more difficult because most of the work was done during the pandemic when the museum staff at the Art Institute of Chicago was working remotely or spending limited time at the museum.

We asked Elizabeth Siegel, the curator of the show if she would share the background story of the exhibit and some of the special challenges they faced.  Her answers are below.
1. An exhibit of this size normally takes how long?
An exhibition like this usually takes several years. Each layer of complexity—research, travel, many to international lenders, planning for a tour, or publishing a catalogue—adds time to the project. But that doesn't mean we are working on a single project for the entire time. I typically juggle different projects at different stages of completion. Things definitely heat up in the final stretch!
2. Was this exhibit planned before the pandemic started?
Oh, yes. (See the answer to question #1 about how long a show like this takes!) The travel and bulk of the research was completed before the world shut down, but then we had the added complexity of doing much of the collaborative work remotely.
3. Did the funding come from one or multiple sources i.e. individual donors, foundations, grants, etc,

We had funding from several sources. We are always grateful to our funders, who help turn our ambitions into reality, and we always thank them wherever we can. You can see the list of individuals and foundations who helped support the exhibition and book in the acknowledgments pages of the catalogue, the exhibition credits on the title wall of the show, and on our website.

4. I know you used photos from the AIC collection and you were loaned additional photos from collectors, galleries, and museums in the United States, Canada, and Germany.  Can you explain the process the AIC goes through to assemble the photos that will ultimately be in the exhibit?
Well, one thing that was definitely reinforced for me during the pandemic was the need to see photographs in person! One of my main arguments in this exhibition is that photographs are objects, not just images, and so I needed to go see each one to assess the quality of the print. (Fortunately, Kertész was a very good and consistent printer, so there weren't many surprises.) And I was also trying to show a range of works he produced during this period (known and unknown), as well as make sure that really key photographs—such as Satiric Dancer, Chez Mondrian, and Fork—could be included in the show. The process is a bit of detective work, combing through old auction catalogues, relying on the terrific memories of dealers and colleagues, visiting museums, locating collectors.
5. Each lender was sent a complete frame package (frame, strainer, matboard, acrylic and backing board). They then framed their photos and shipped them back to the AIC. This, obviously, takes extra work and more time.  What is the reason you didn’t have them send you the photo unframed and had the framing done at the museum?
As I mentioned, I wanted to make sure visitors understood these photographs as complete objects, not just images. That meant, to me, including all the blank space of the carte postale, which I believe Kertész included as a kind of built-in frame for the image. The way that the objects are framed is a crucial part of this argument: each photograph is floated in an 8-ply mat, which emphasizes the material qualities of the whole print. We also wanted a uniformity of appearance among the many lenders' works, and so we devised a framing profile that just looks fantastic. (Thank you, Metropolitan Picture Framing!). Once we figured out how we wanted everything to look, we had to consider logistics of shipping (as well as the object's return) and the safety of the art. Working with our registrar, preparator, and conservator, we decided it was best to ship the frames to each lender in advance and have the whole package sent back to us. 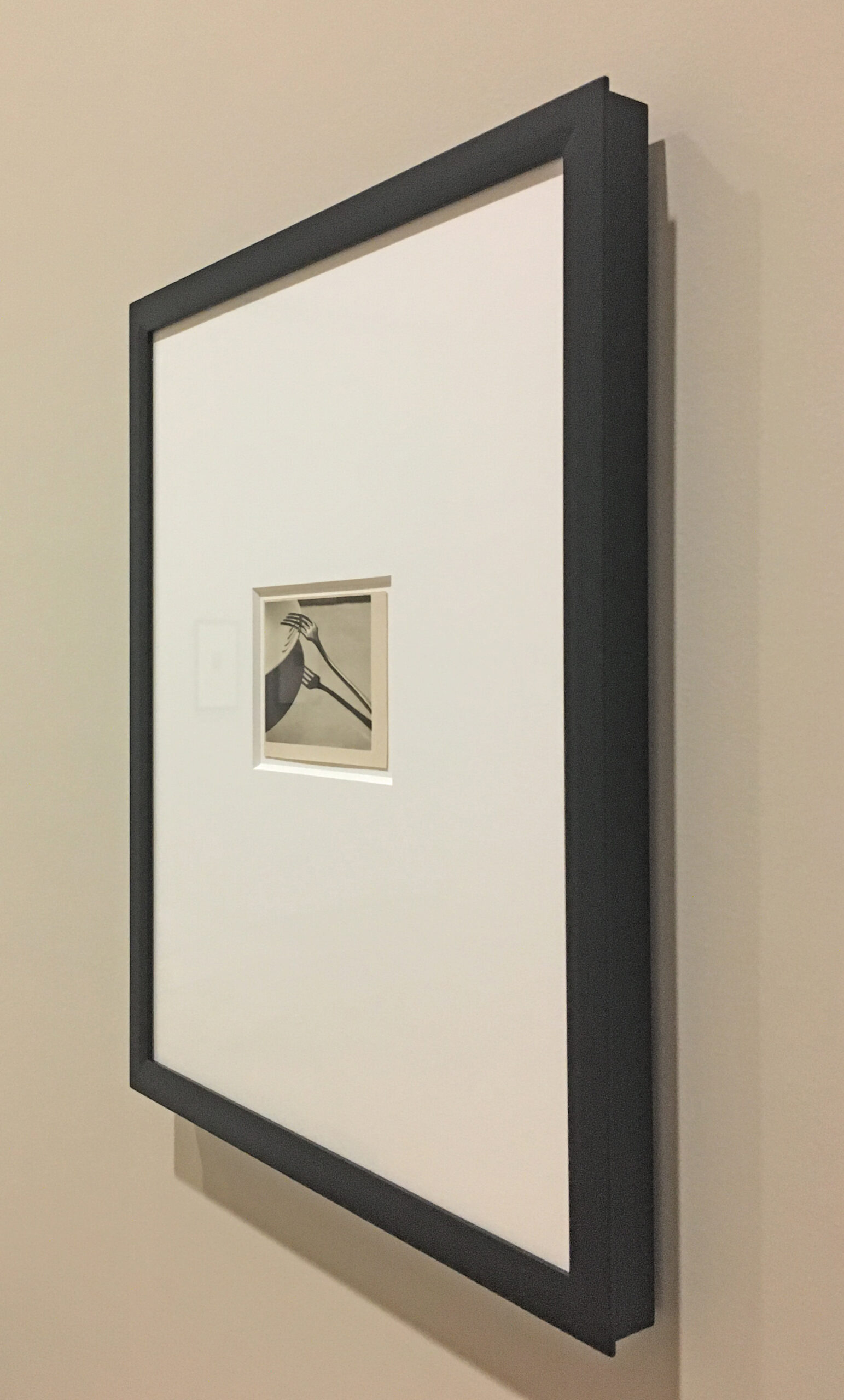 6. Working with multiple staffs and departments is always challenging. Doing this during a pandemic with reduced museum hours and many of the staff working remotely takes a Herculean effort. Can you discuss some of the issues that each had to address i.e.  curatorial,  marketing and communication , exhibition design,  installation, funding, public programming , interactive education, preparators, etc.
It was quite an experience! To begin with, it helps to have a really top-notch team, and every single person working on the exhibition demonstrated creativity, resourcefulness, and personal pride in the project. One example I can speak to is the exhibition design process. 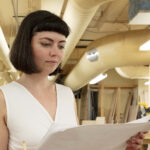 Our designer, Samantha Grassi, worked with me over Zoom to iterate several designs (she is a whiz with changing things in the software on the fly). What we ended up with was a design that really speaks to the blank and negative spaces of the paper and the individuality of the photographic object, all in a beautiful setting for viewing. We had one bang-up, four-hour design session in which we laid out every single object in the exhibition. After that, there were small tweaks but we basically got it. If only I could be that productive in other areas of my life! 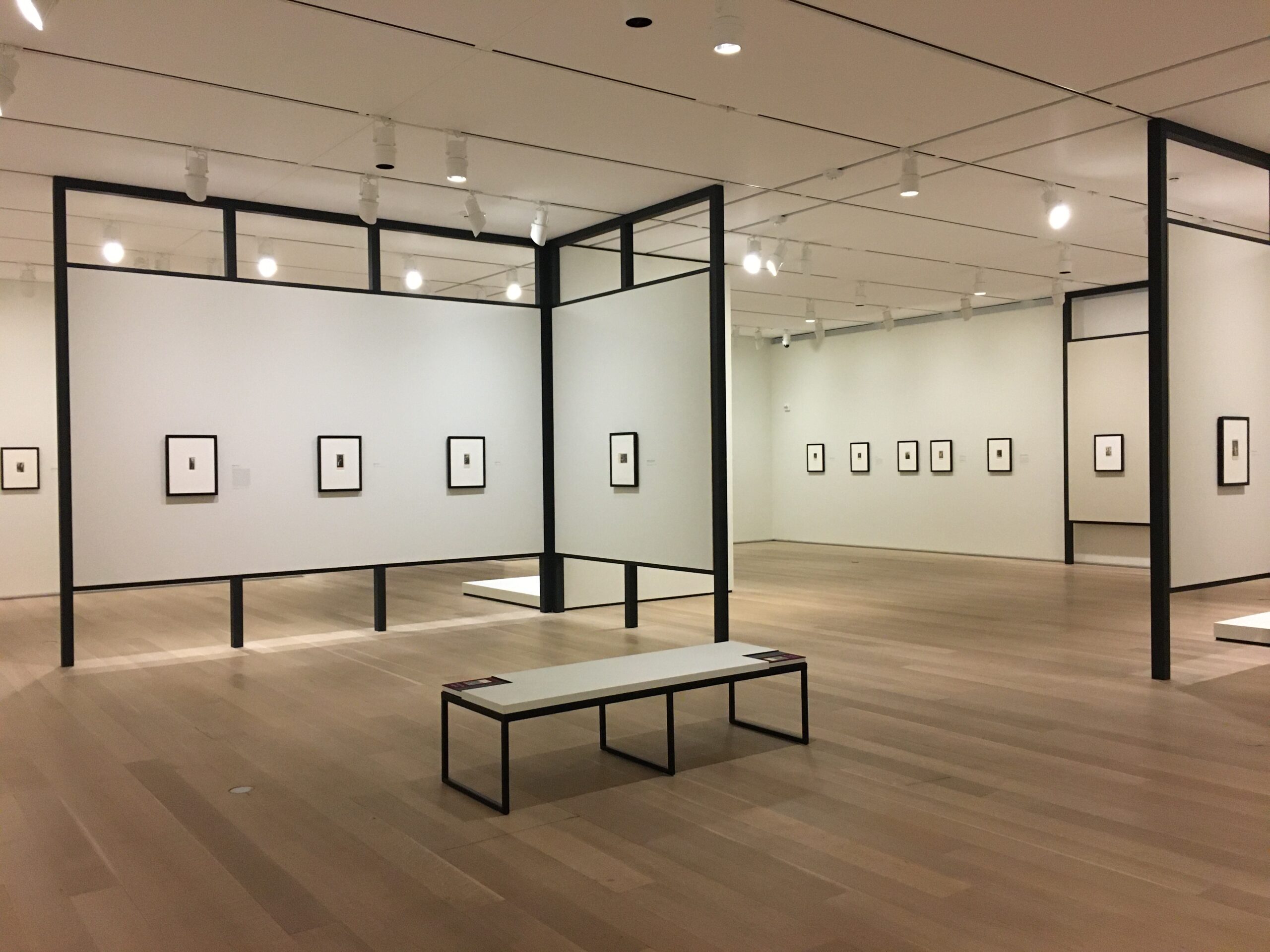 Photographer André Kertész (American, born Hungary, 1894–1985) arrived in Paris in the fall of 1925 with little more than a camera and some savings.

By the end of 1928, he was contributing regularly to magazines and exhibiting his work internationally alongside well-known artists like Man Ray and Berenice Abbott. The three years between his arrival in Paris and his emergence as a major figure in modern art photography marked a period of dedicated experimentation and exploration for Kertész. During this time he carved out a photographic practice that allowed him to move between the realms of amateur and professional, photojournalist and avant-garde artist, diarist and documentarian.

For those three years only, Kertész produced most of his prints on carte postale, or postcard, paper. Although his choice may have initially been born of economy and convenience, he turned this popular format toward artistic ends, rigorously composing new images in the darkroom and making a new kind of photographic object. The small scale of the cards also allowed them to circulate in a way befitting an immigrant artist—shared with a widening circle of international friends at the café table or sent in an envelope to faraway family. 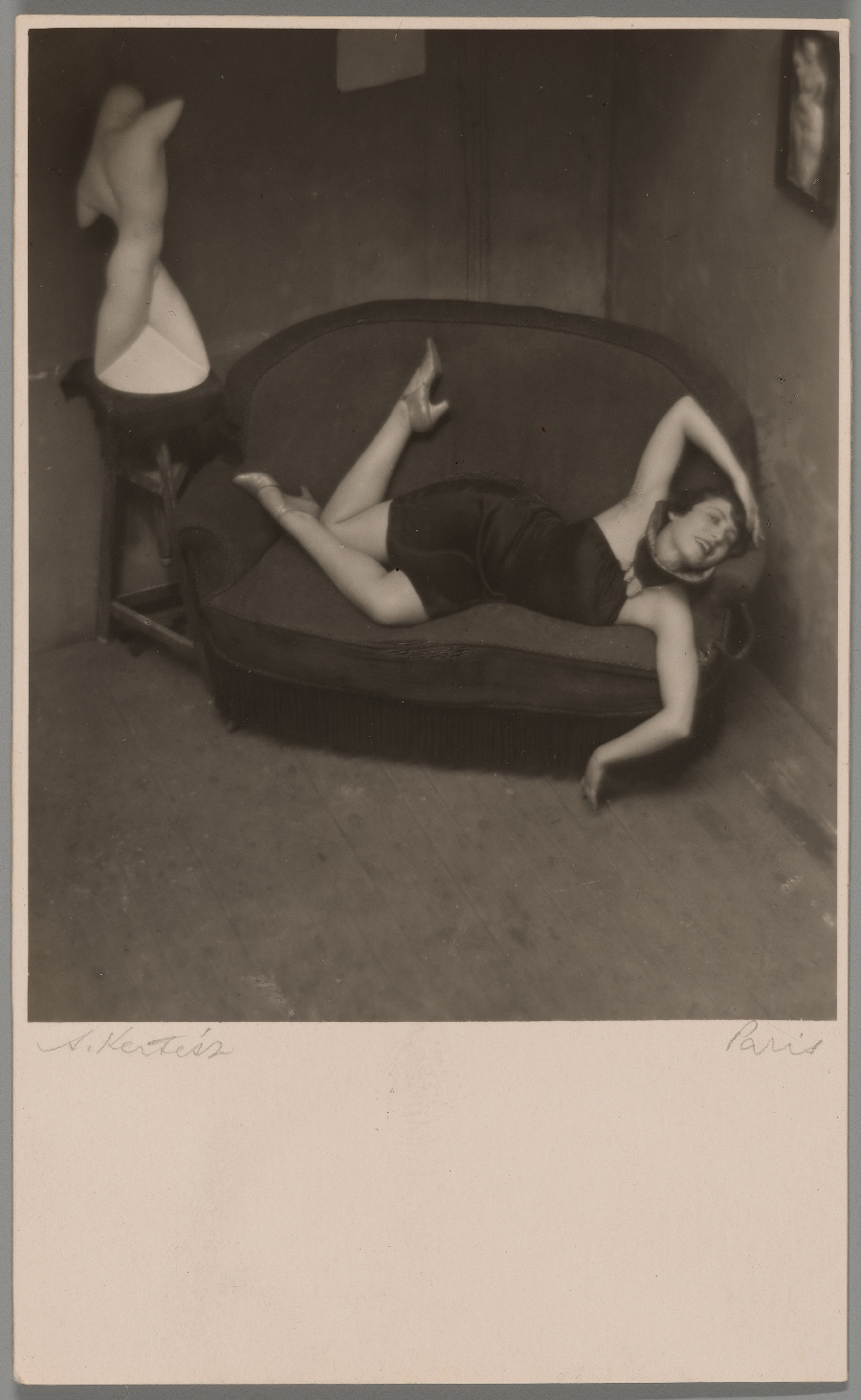 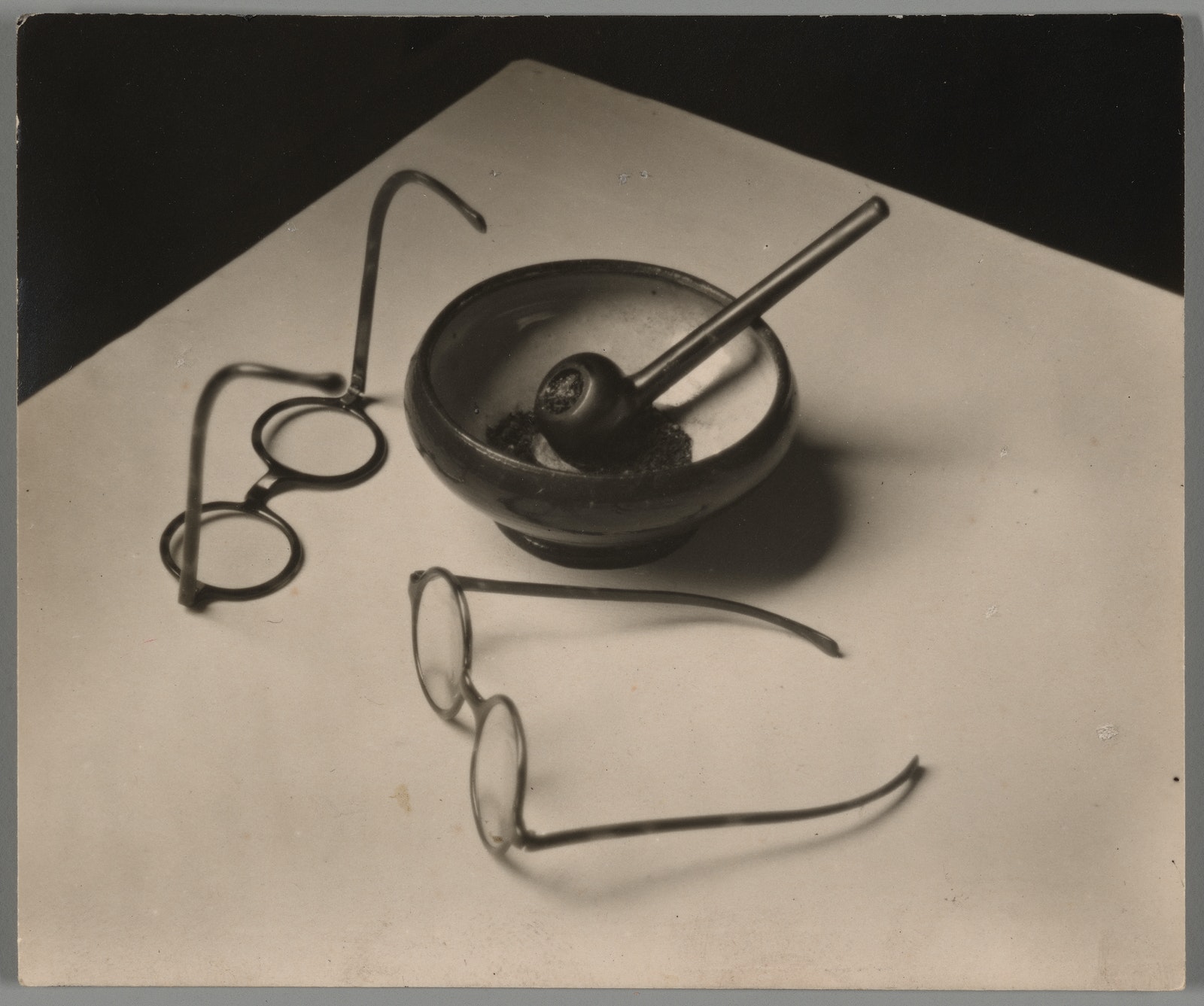 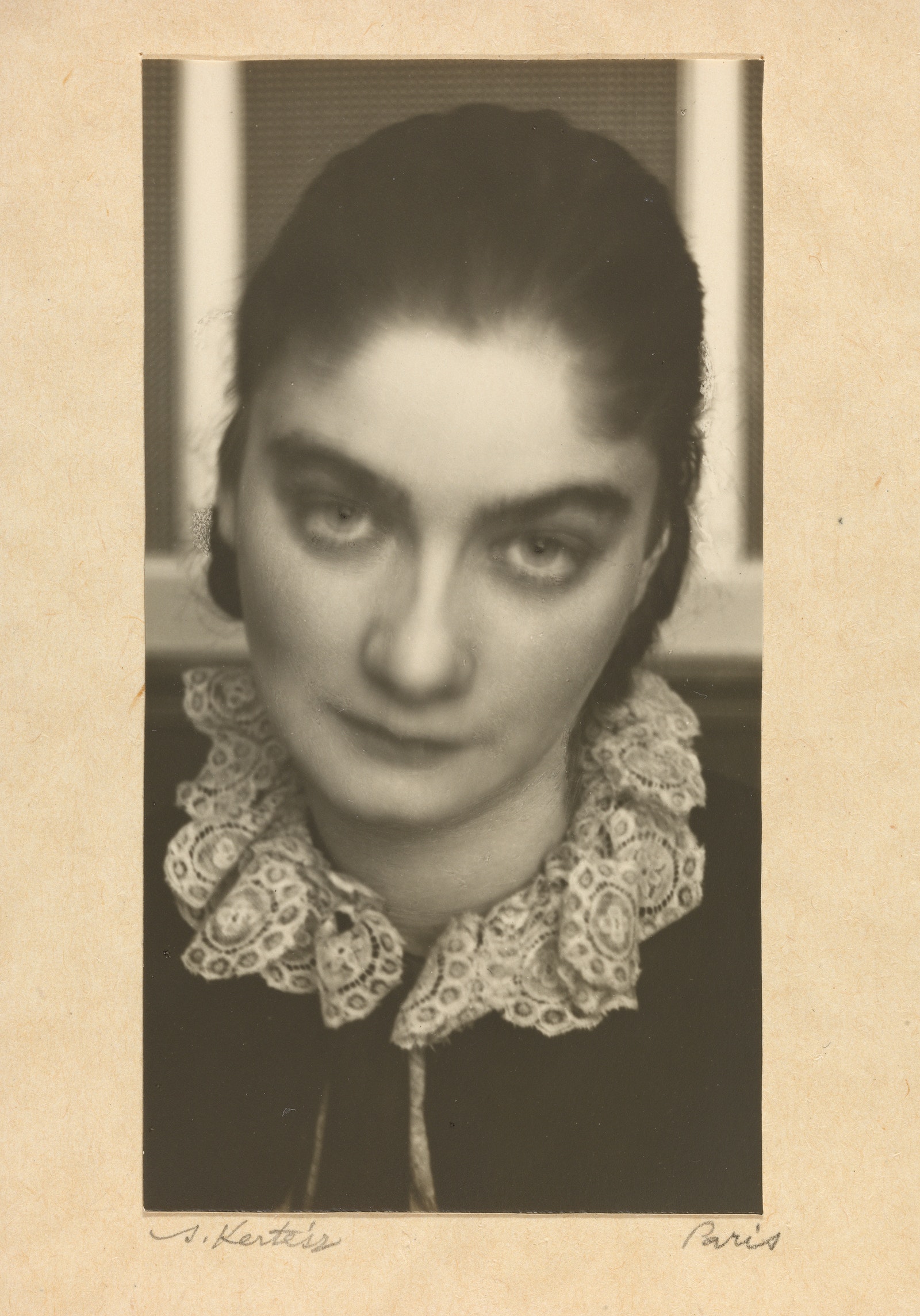