Light is the main element in my paintings. I use layers of oil paint and resin, usually over linen, to create deeply luminous paintings of light and the way it falls on land and water. I want my work to breathe and to convey the beauty of our world, though I don’t paint an untouched landscape. I paint a world that includes the impact we have on our lands.

In the west our world is increasingly altered by wildfire smoke and I work to capture that: the strange filter that a blanket of smoke casts on the land that changes the way we see color, bonfires near dry trees, strangely vivid suns and moons, and smoke pouring off a distant forest. Fire moves fast. It’s changing the west in late summer and I’m painting those impacts.

My work is increasingly abstracted. I find I have less to say about specific places, and more to convey about the embrace of light on landscapes, whether I’m looking down at a reflection on a river or at a wide horizon line. I rarely paint onsite; I want distance from the experience so that I can engage my memory and my mind. My images often start with a photo, then are abstracted through rough sketches, then drawings, and finally, the painting. 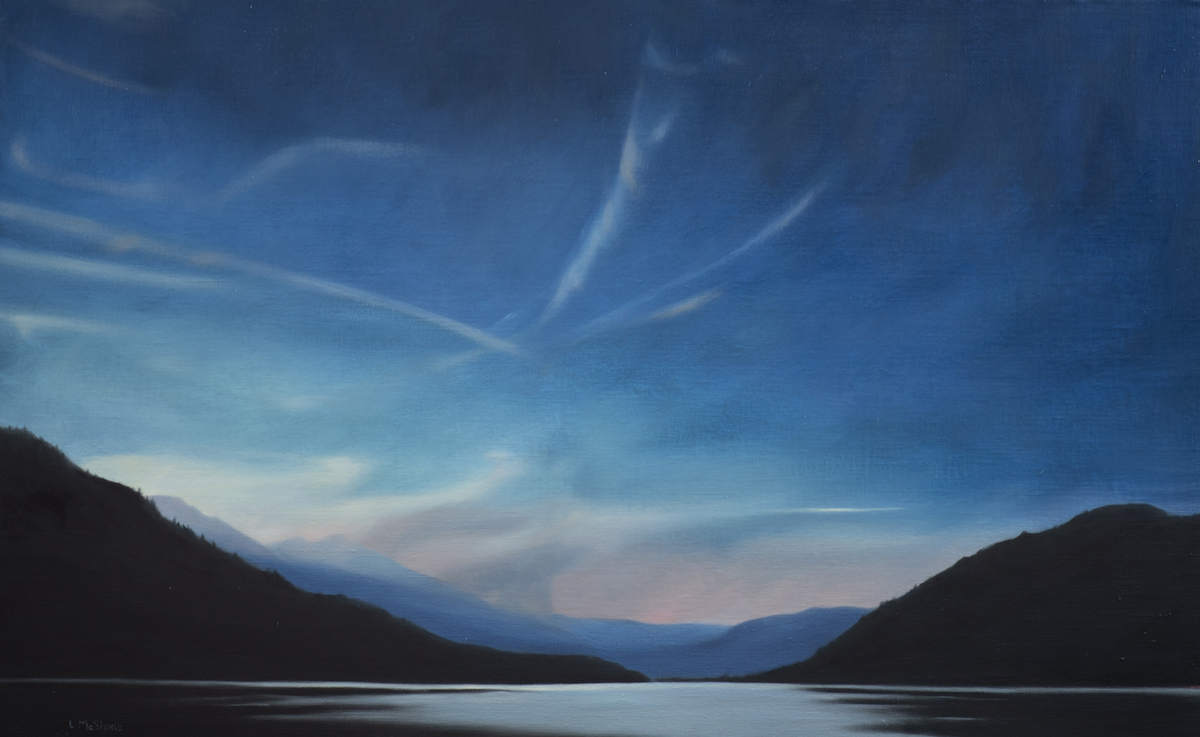 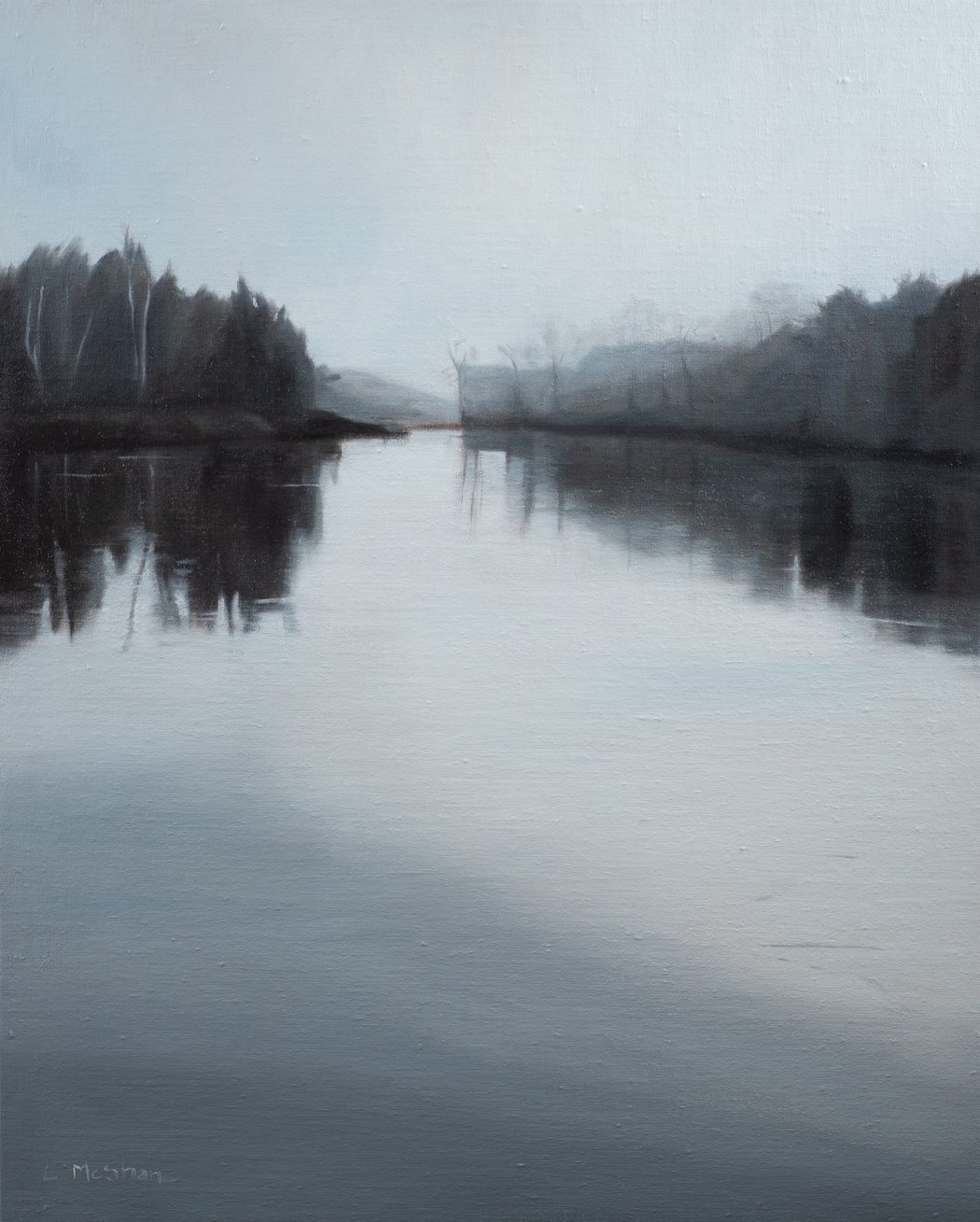 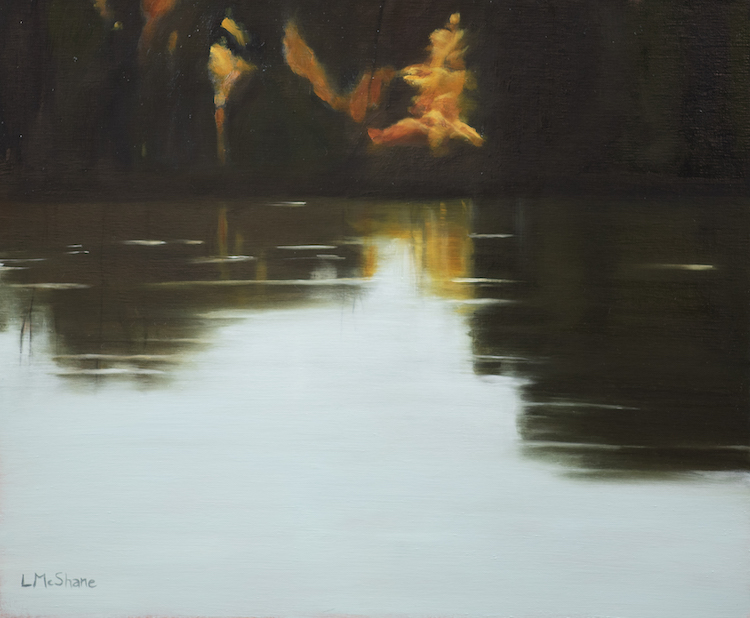 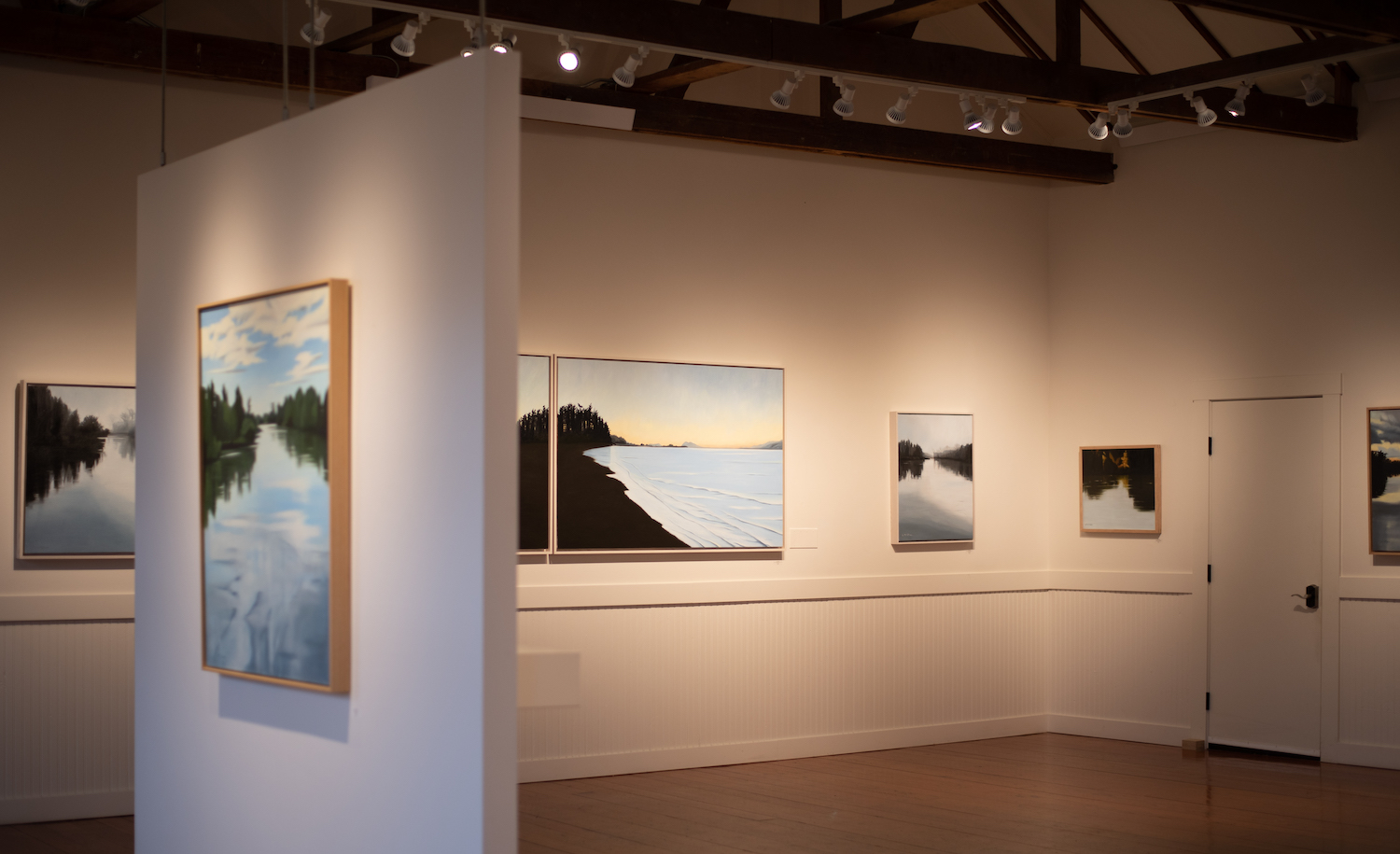 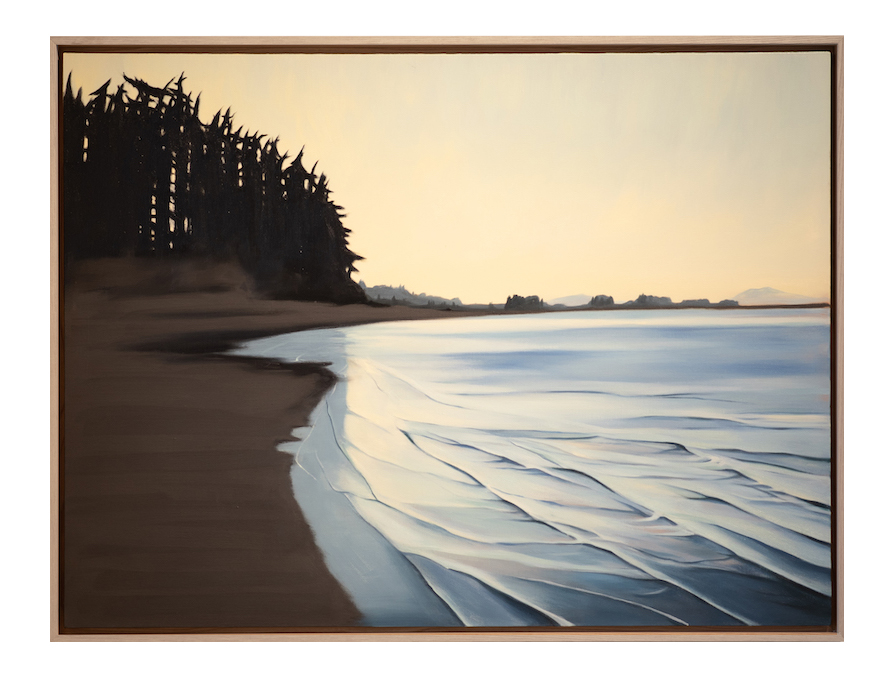 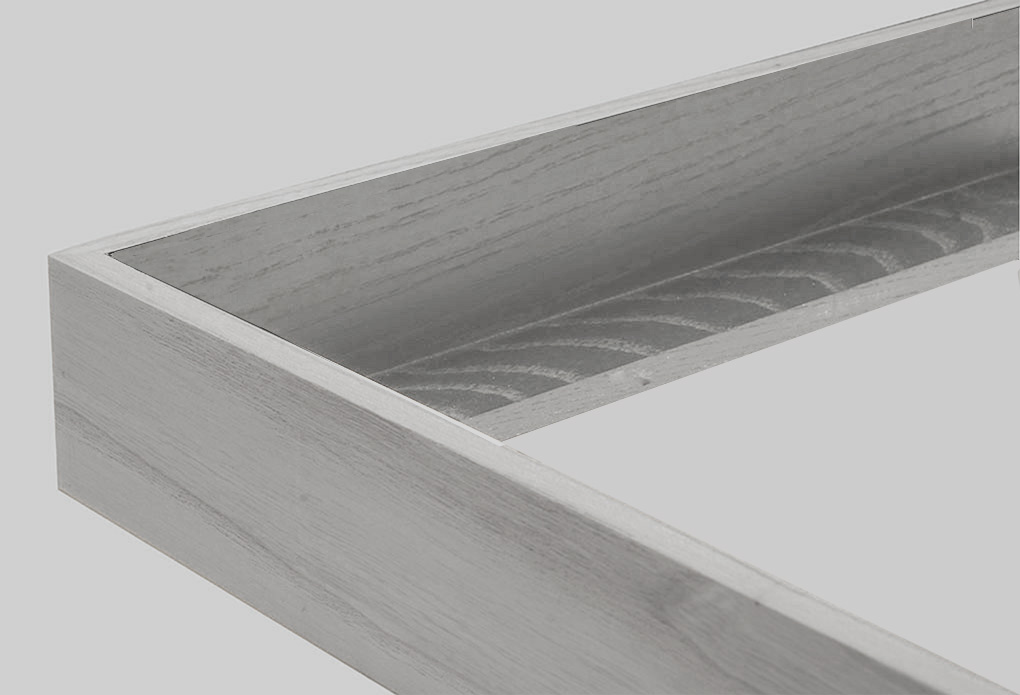 Connally works most clearly with what we recognize as gestural abstraction, associated with Abstract Expressionism. Connally has focused, however, on a notable subset of such gestural painting, one recognized in the heyday of Action Painting and even cited then to link Abstract Expressionism with vital precedents (e.g. the late Impressionism of Monet, the early abstractions of Kandinsky). Like such precedents, Connally distinguishes herself as, in essence, a landscape painter, albeit one who paints the landscape she feels as much as she paints the one she sees. Indeed, Connally’s stress on sensuous form and color experience through reference to natural phenomena (in particular vegetation and water, normally in motion) places itself squarely in a tradition particular to the American experience. John Marin’s expansive rhapsodies on the local landscape exemplify this tradition, as does Joan Mitchell’s gradual – but ultimately thorough – adoption of landscape qualities and references. This sort of “plein air abstraction” defines Connally’s work, but her particular touch and palette, and her close and vibrant sense of atmosphere, distinguishes it. 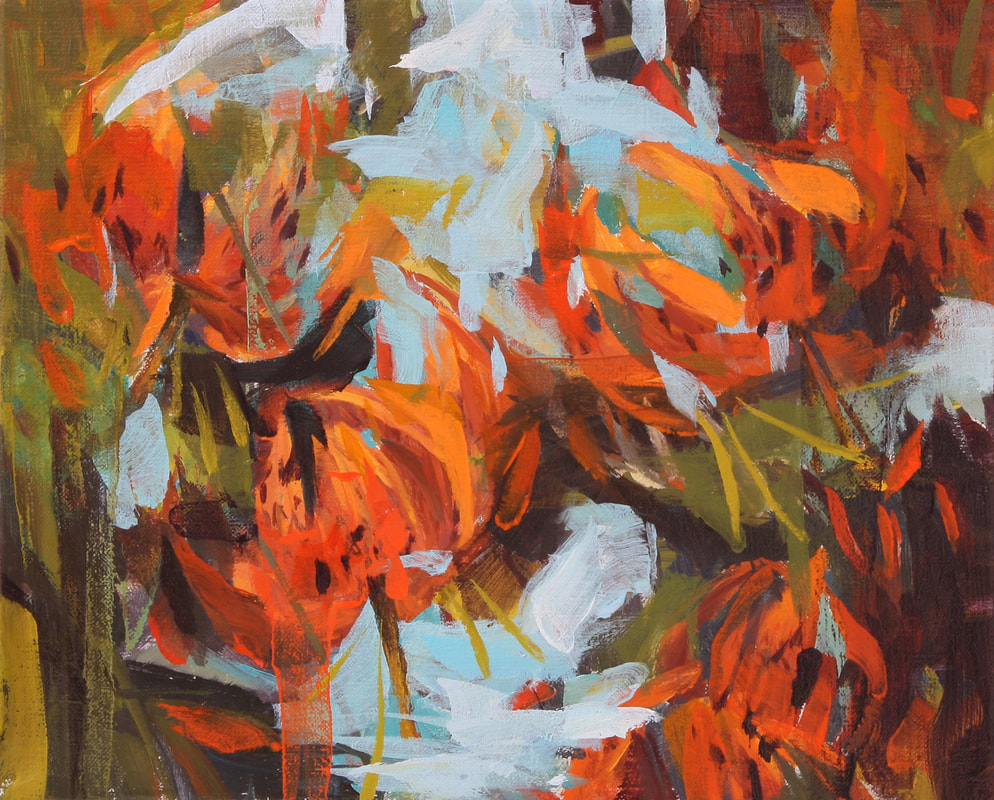 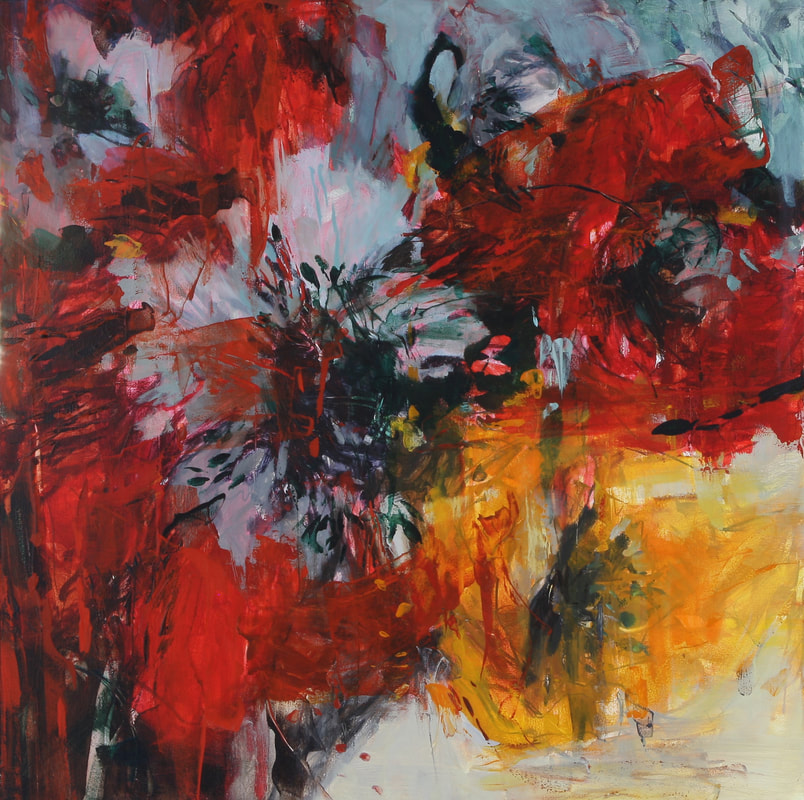 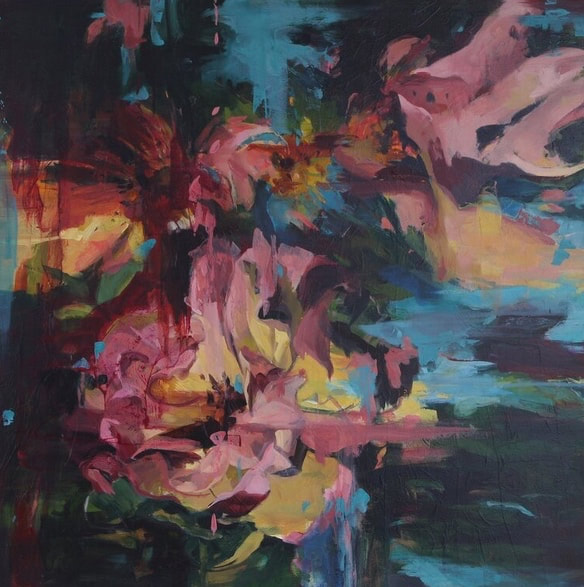 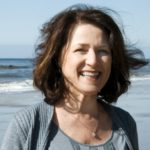 Connie Connally paints stunning canvases of complex elegance, with imagery that merges harmoniously and nearly completely both representational reference and powerful abstraction. Connally’s poetic colorscapes, with their expressive brushwork, sweeping gestural marks and animated cadence, reflect the artist’s passion for distilling the essence of her observations of nature and situate her work as the vital interplay between memory and imagination. Her palette of organic color and calligraphic brushstroke combine to serve as imprint of the artist’s profound love of being in nature and the desire that her painting reflect both her exterior and interior experience of it.

Citing Joan Mitchell as an important influence on her work, Connally employs exuberant, impassioned colors laid on her canvases in a pictorial strategy that teeters between the action painting of her abstract expressionist forebears and a more refined personal style that modulates the strokes and dabs that comprise her surfaces. Her layers of brushstroke read less as agitated ruptures and more like intuitive, sensual experiences rendered as prismatic atmospheres of color and tone. Rich, multi-layered surfaces of color morph, coalesce and scatter in quietly energetic rhythms that evoke the experience of being surrounded by nature. 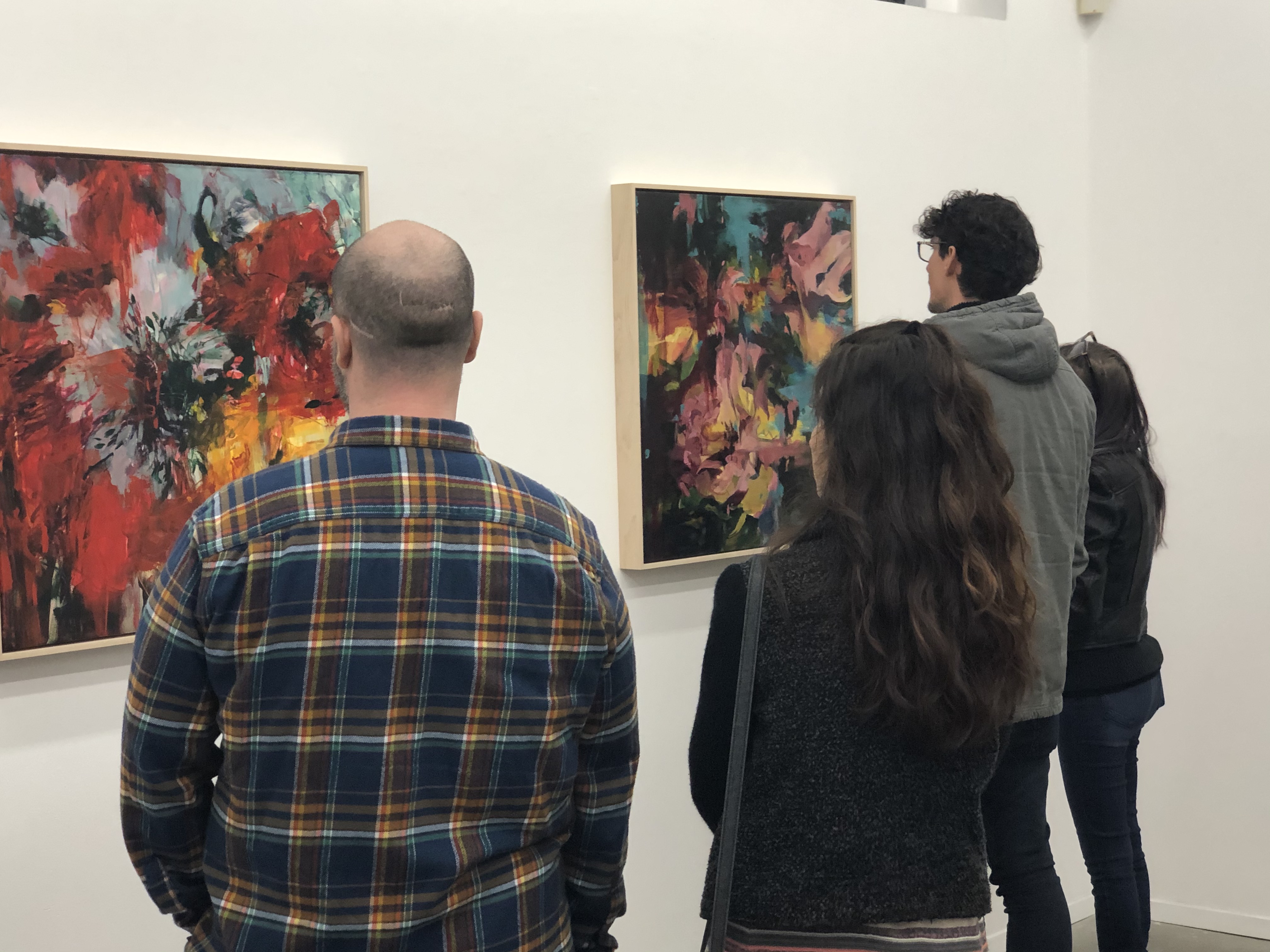 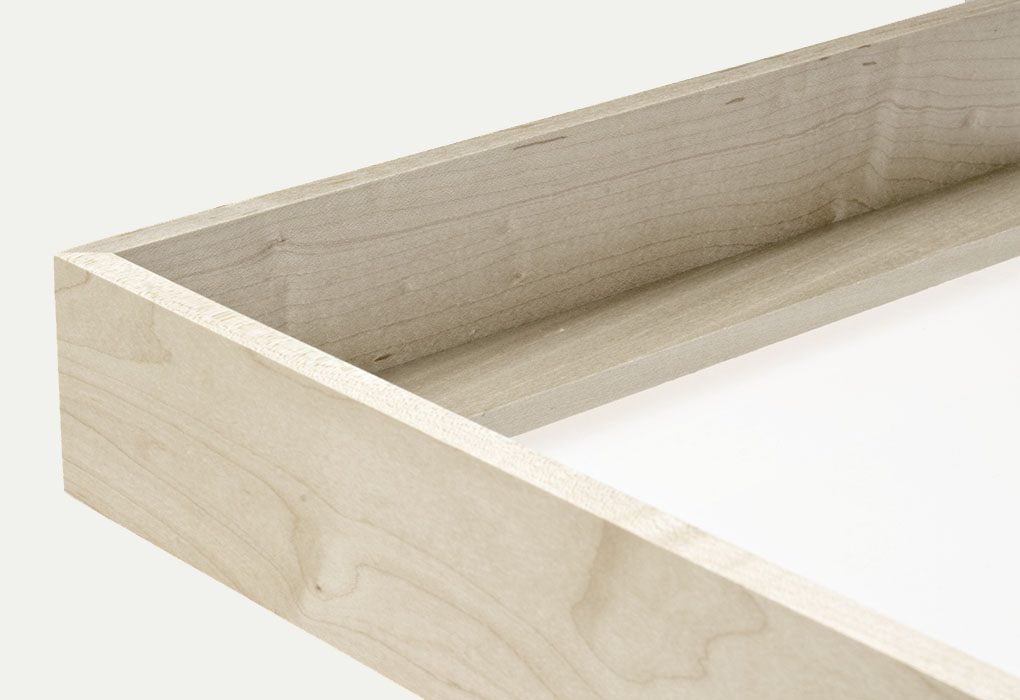 Vaughn has focused his energies as an artist working in landscapes for over thirty years. Vaughn approaches his work with a quiet contemplativeness that reflects the serene aspects of the natural world and reveals the underlying spiritual nature that can be found in the environments he portrays. 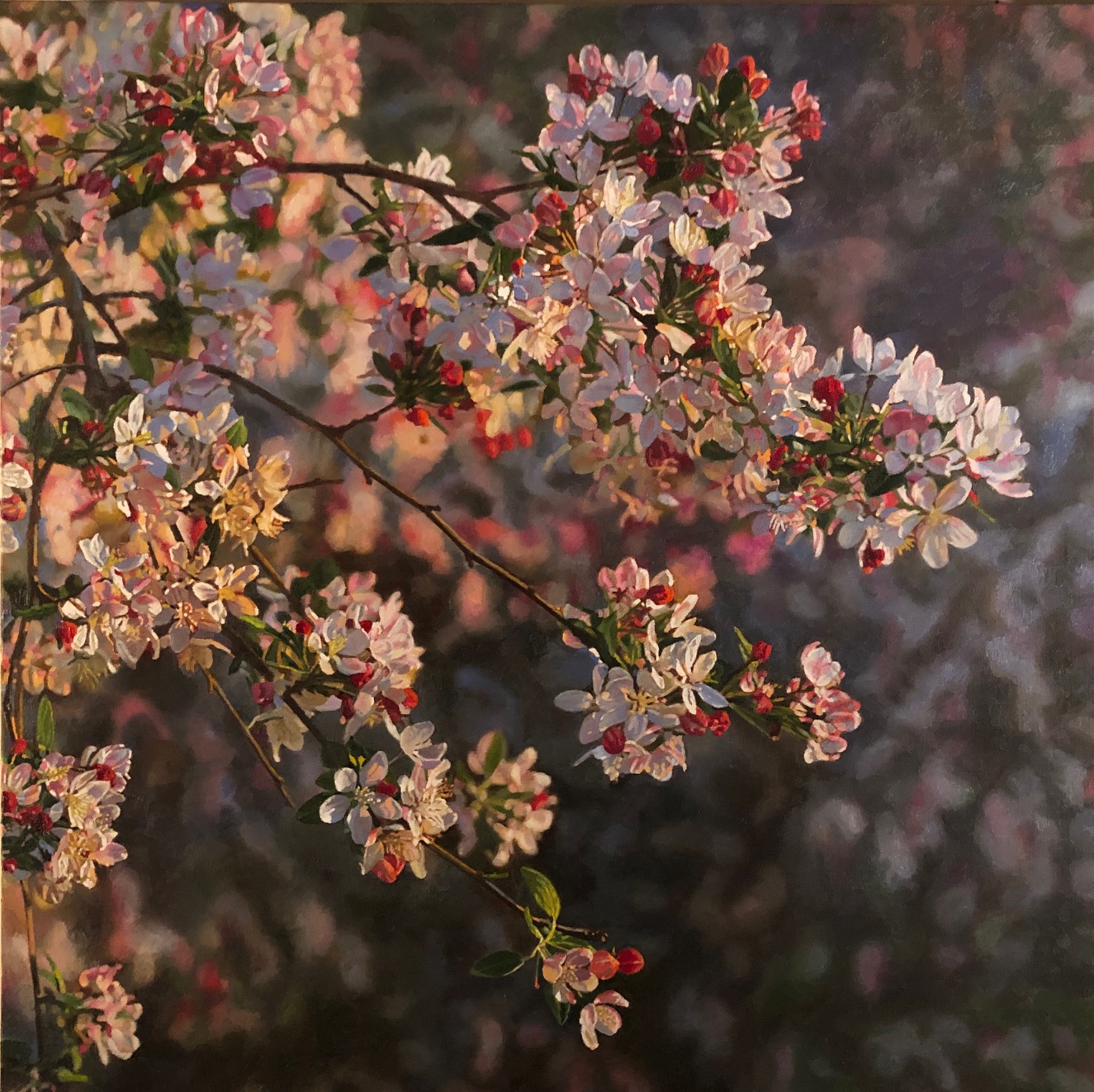 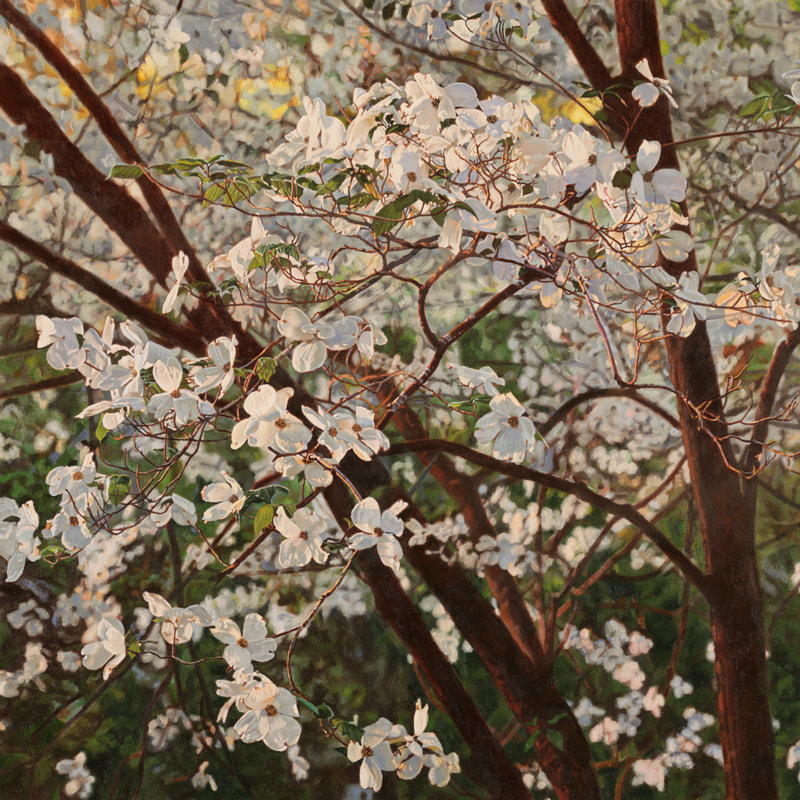 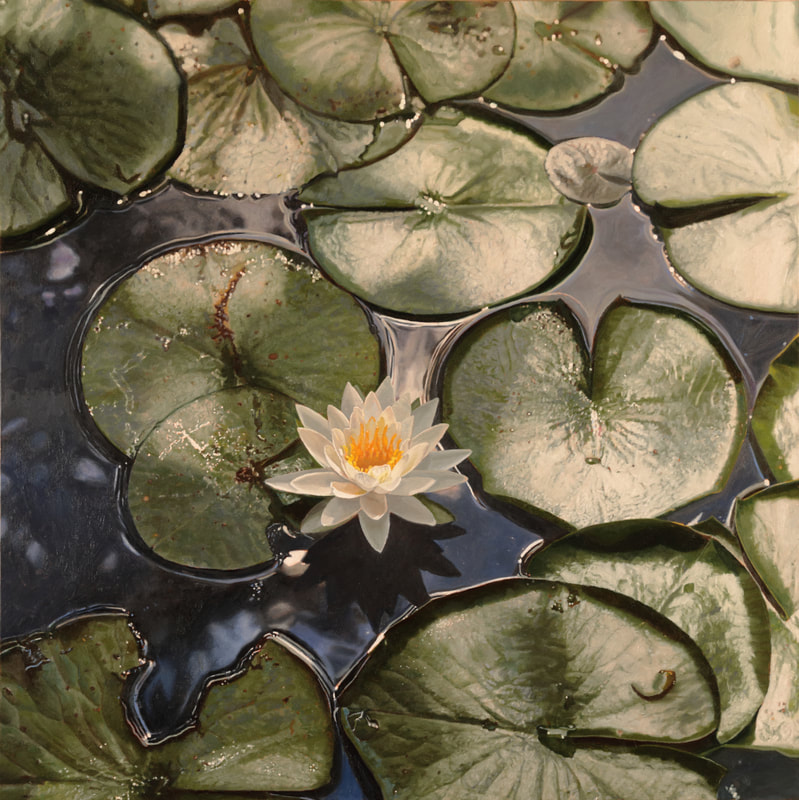 His paintings have been published in New American Paintings, Fine Art Connoisseur, American Art Collector and reviewed in the American Arts Quarterly and the St. Louis Post Dispatch. 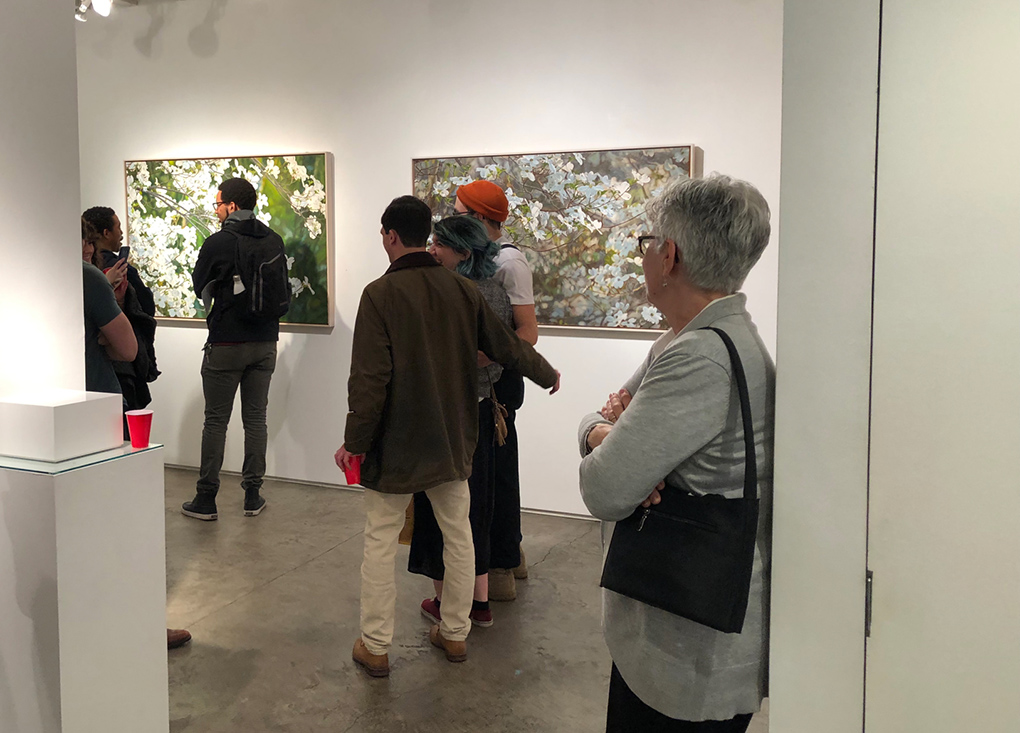 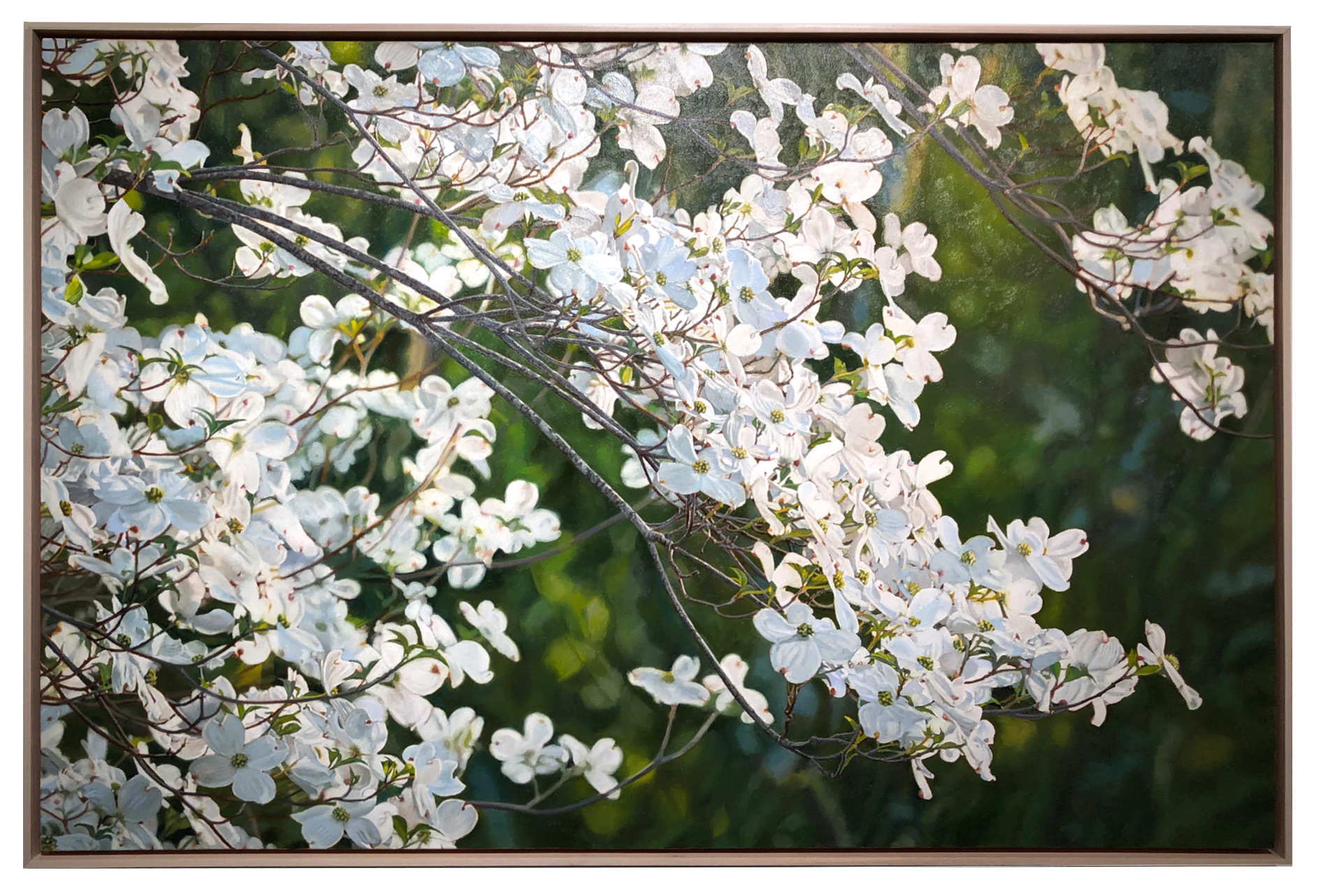 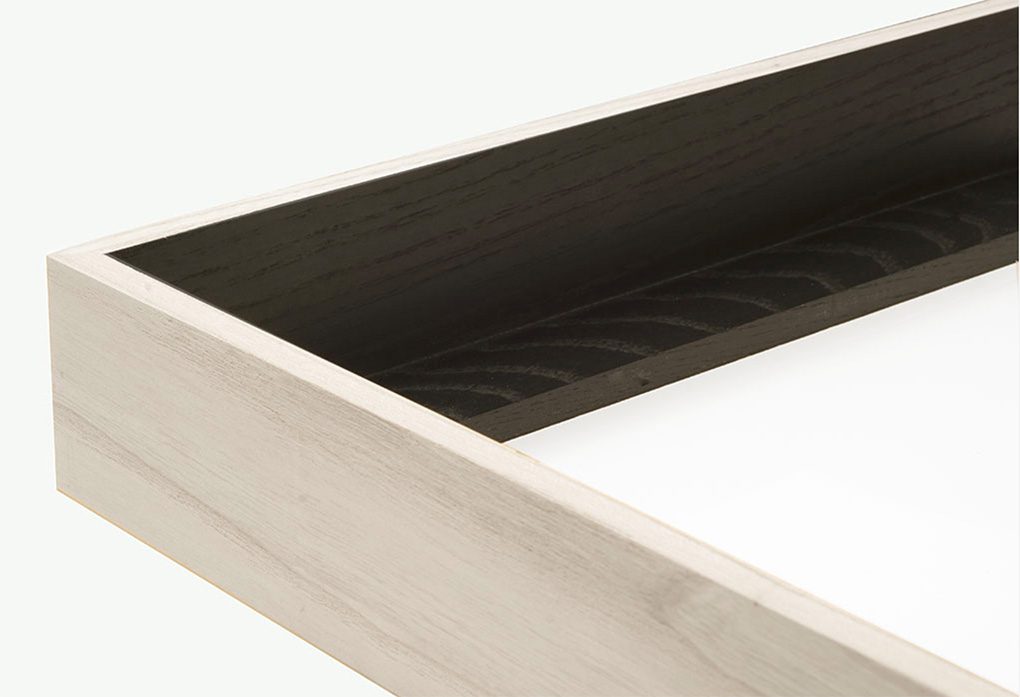 “Just wanted to say thanks again for the great job on those last two large frames. Top notch product and team that you guys have. They both were installed today and the clients were very pleased!”
Steve Gamler
StudioMule
www.studiomule.com

We would like to return the compliment to Steve and say, “Bravo!”  The amount of expertise involved in joining, finishing, and installing the painting is impressive. 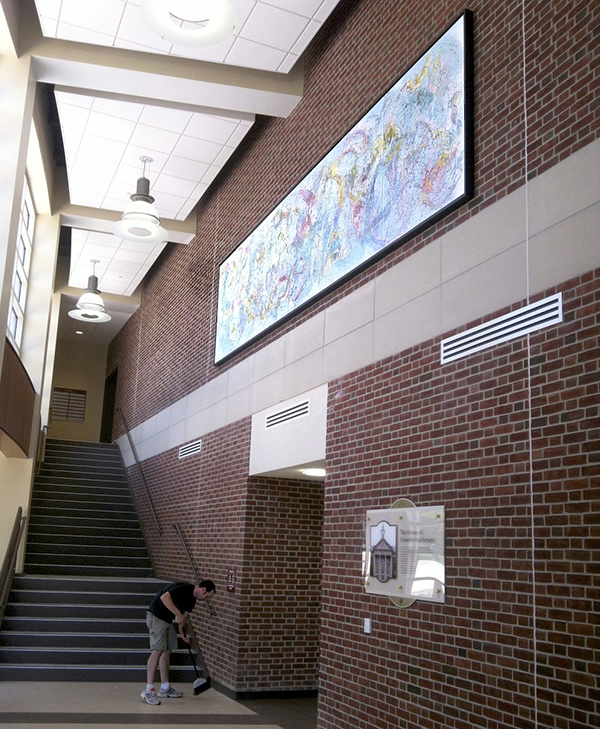 Metropolitan works with some of the best exhibition crews in the country and this required a lot of expertise not only on our part but our customers. Our lumber suppliers supply us 10′ boards. It is much more difficult to get boards over 12′ and not possible over 20′. And, of course, the boards  need to be very straight. Therefore, this frame needed to be done in sections. We first custom milled the frame to have a wider face and base and deeper depth than our standard floater frame. We made this in 3 sections and the customer joined the sections with wood biscuits that we supplied. Crossbars were made to add stability to the frame. The frame was then routed out with our wedge system. Working with professionals is always fun. We took some pictures so you could get an idea how projects like this are done.
The work was installed 6/21/14 at Kutztown University’s Schaeffer auditorium. Click to see a video of the painting and the actual installation.

“The objects I choose are ordinary, out of use, out-dated remnants of our culture. I like to think of them as archaeological finds. Their oddness is meant to create a sense of confusion or question. A person finding a never-before-seen object on an archaeological dig might feel that same sensation. Each object is presented straight on, forcing the viewer to consider it alone. Isolated in the painting, the objects have no other reference but themselves. And yet they can conjure up references beyond their own experience. They invite flights of fantasy, stories designed by the individual viewer. These stories are the biographies that I try to elicit from the viewer, hoping they gain a new insight about what an object is, or how it can been seen.” 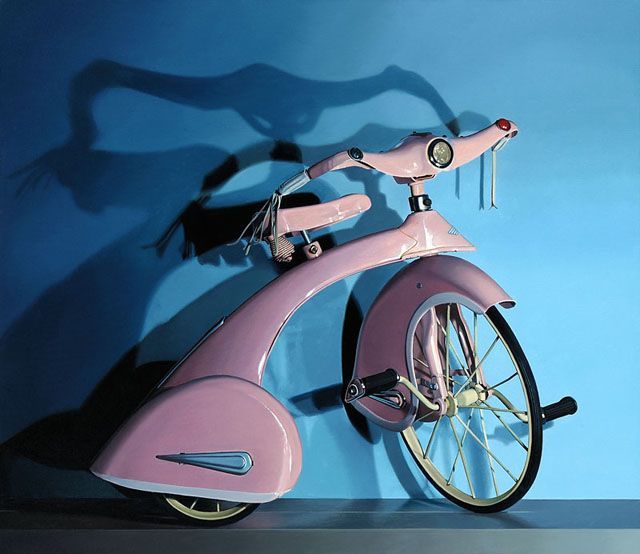 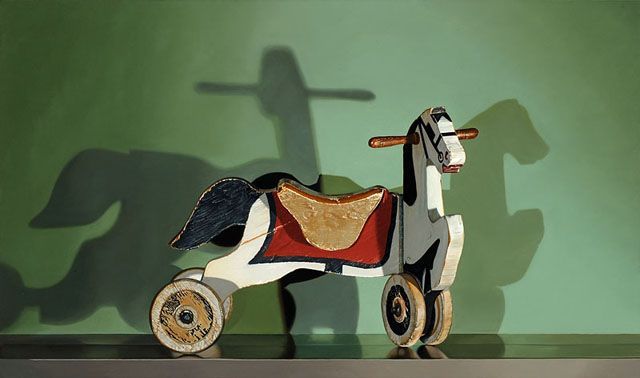 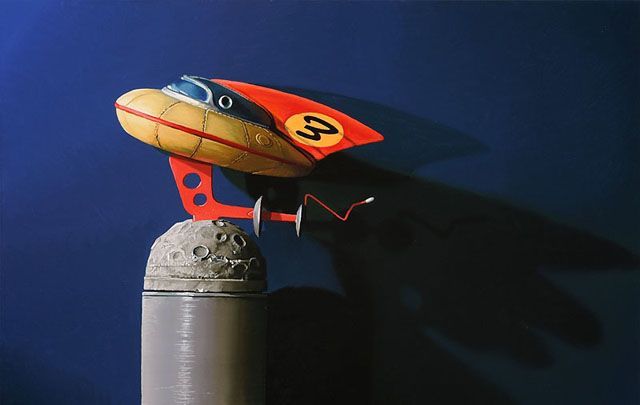 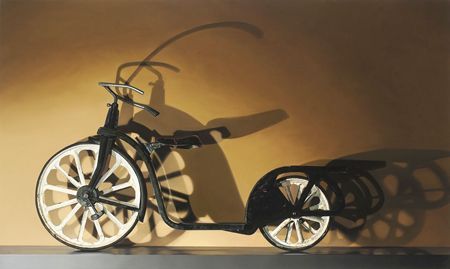 Michael Beck has led a very interesting life. He he was born in 1943, spent some time in the Bay area in 1960’s living with the Beatniks in North Beach and the Hippies in the Haight. He received an MFA in painting with high distinction from California College of Arts and Crafts in the 1984. He is currently represented by the  Lora Schlesinger Gallery in Santa Monica and Paul Thiebaud Gallery in San Francisco. To learn more about Beck’s life read this fascinating interview in  Works & Conversations which is an online magazine of interviews with a wide range of artists. 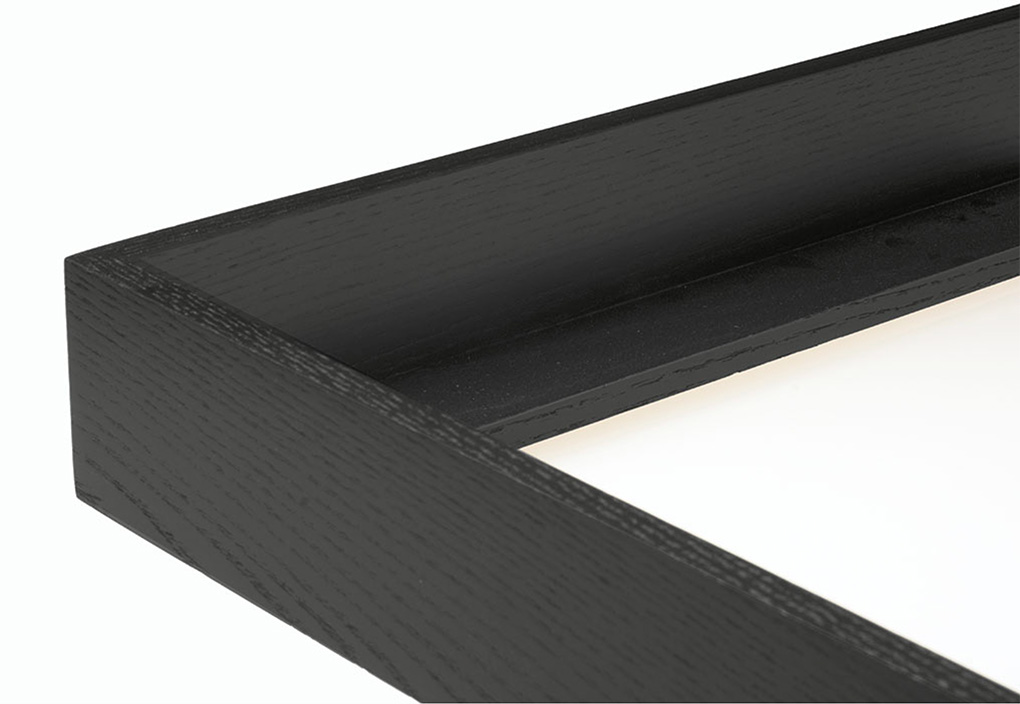