Fresh Prints: The Nineties to Now at the Cleveland Museum of Art

“Contemporary printmaking is extremely diverse,” stated Jane Glaubinger, curator of prints. “Some artists reinterpret traditional printmaking techniques, while others experiment with new technologies or print on unusual materials. The large size of paper and presses allow prints to rival the scale of paintings that dominate the field of vision.”While some artists look inward to personal issues for inspiration, others look at the larger world. Fresh Prints: The Nineties to Now offers a glimpse of the multitude of prints produced in the last two and a half decades that depict images of many themes including: political and social upheaval, feminism, ecology and AIDS. None of these prints have previously been exhibited at the museum. Artists featured in this exhibition utilize a variety of printmaking techniques such as: lithography, etching, engraving, linoleum cut, drypoint, screenprint and woodcut to express their artistic vision. Whether by well- known artists or newcomers, these prints offer visual stimulation and provocative ideas.

The last twenty-five years have been filled with political and social turmoil and strife while computer technology and rapid communication networks promote a more global perspective. One of the prints featured in this exhibition, Annette Lemieux’s Stolen Faces, acknowledges the incessant hostilities and the ubiquity of the photograph in our experience of the modern world. This largescale lithograph, measuring 32-by-90 inches, presents the pixelated faces of anonymous soldiers so that they resemble people on television news shows who wish to hide their identities. A war photograph is represented on the right panel as the image would be seen on a black-and-white television while on the left is its color television counterpart. The central panel of the triptych, an image that has three panels placed next to each other, further dramatizes the anonymity of war with an image of only the pixelated heads of soldiers, disembodied, as if vaporized by the technologies of war, photography and electronic mass media. 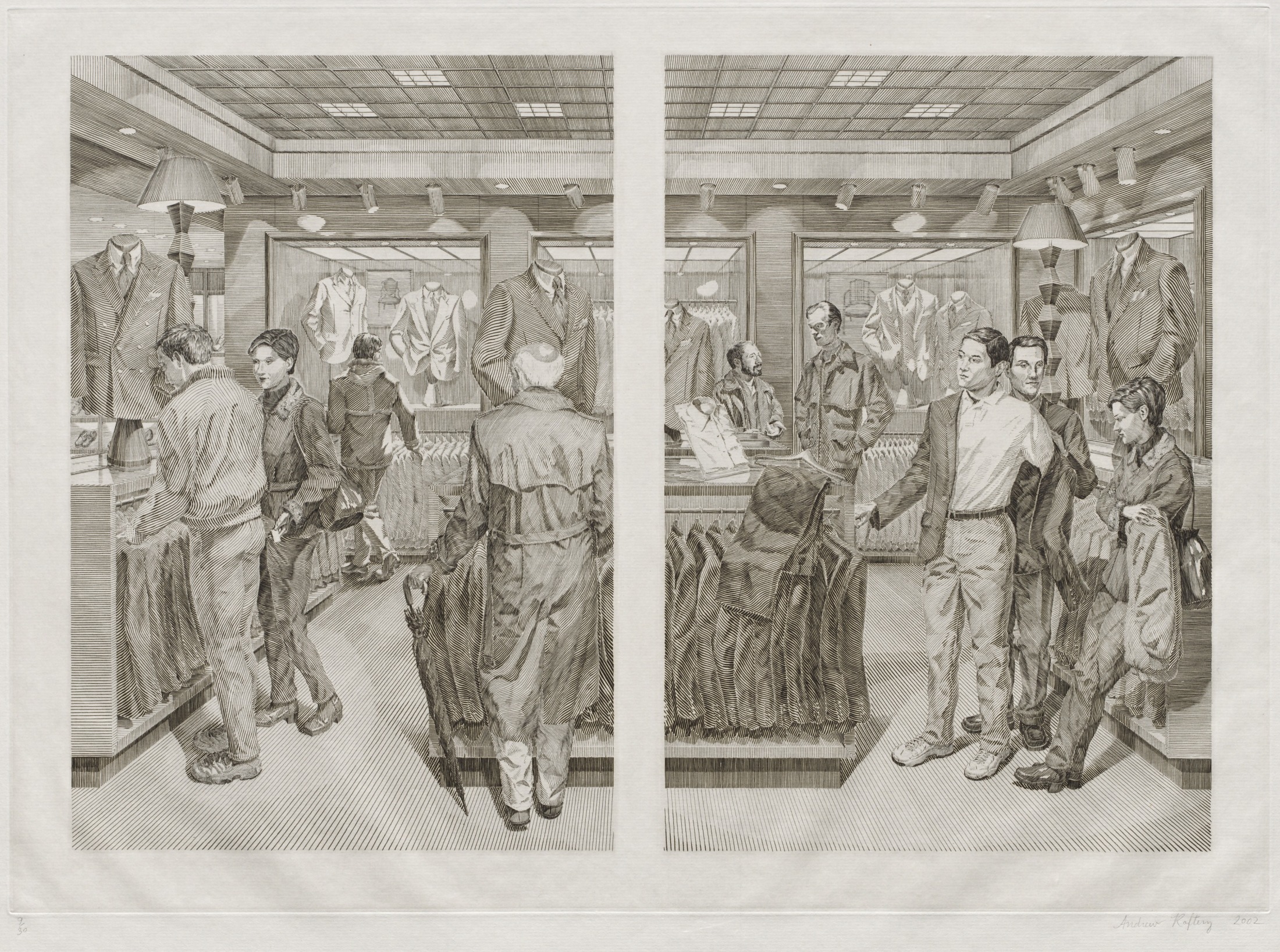 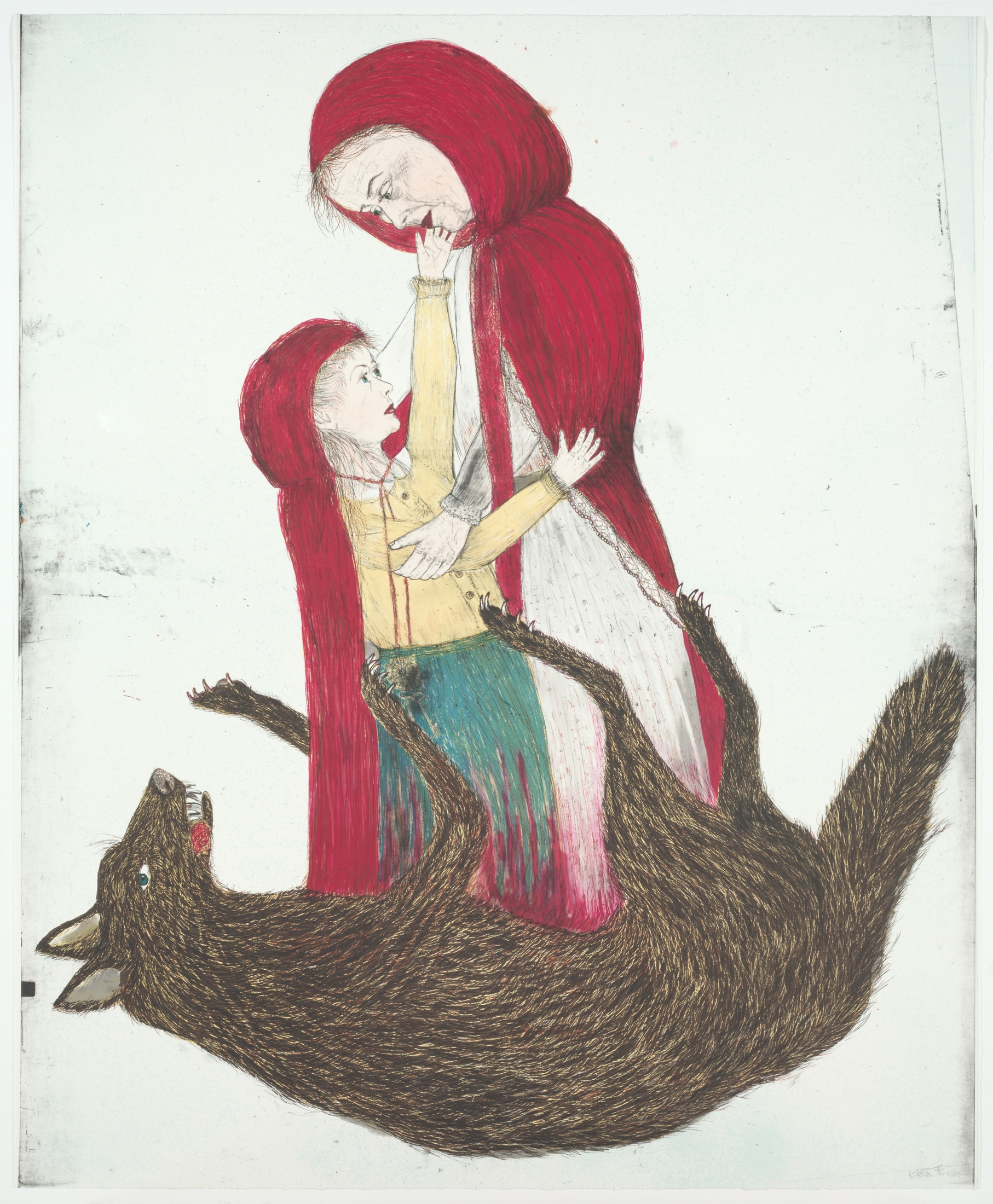 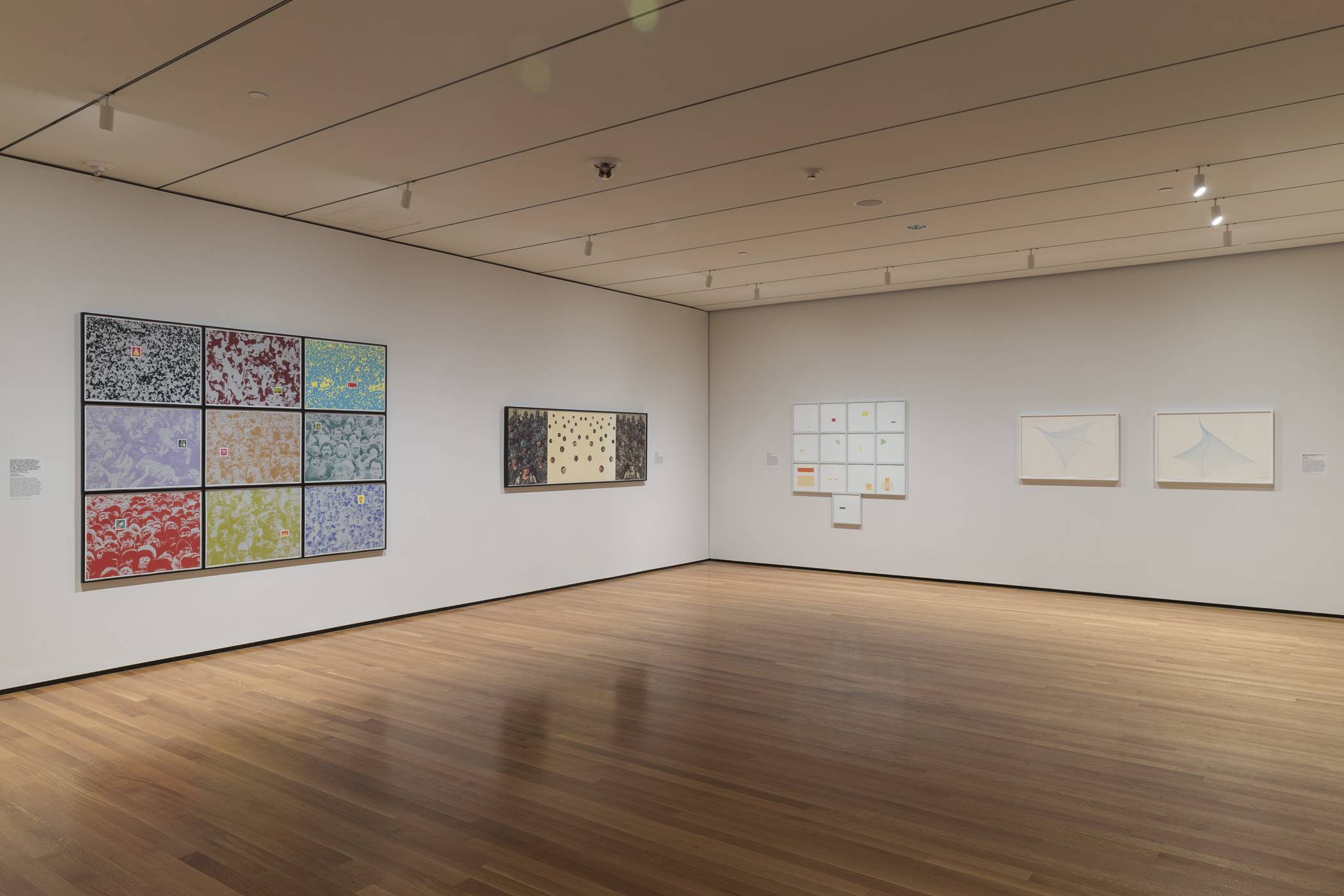 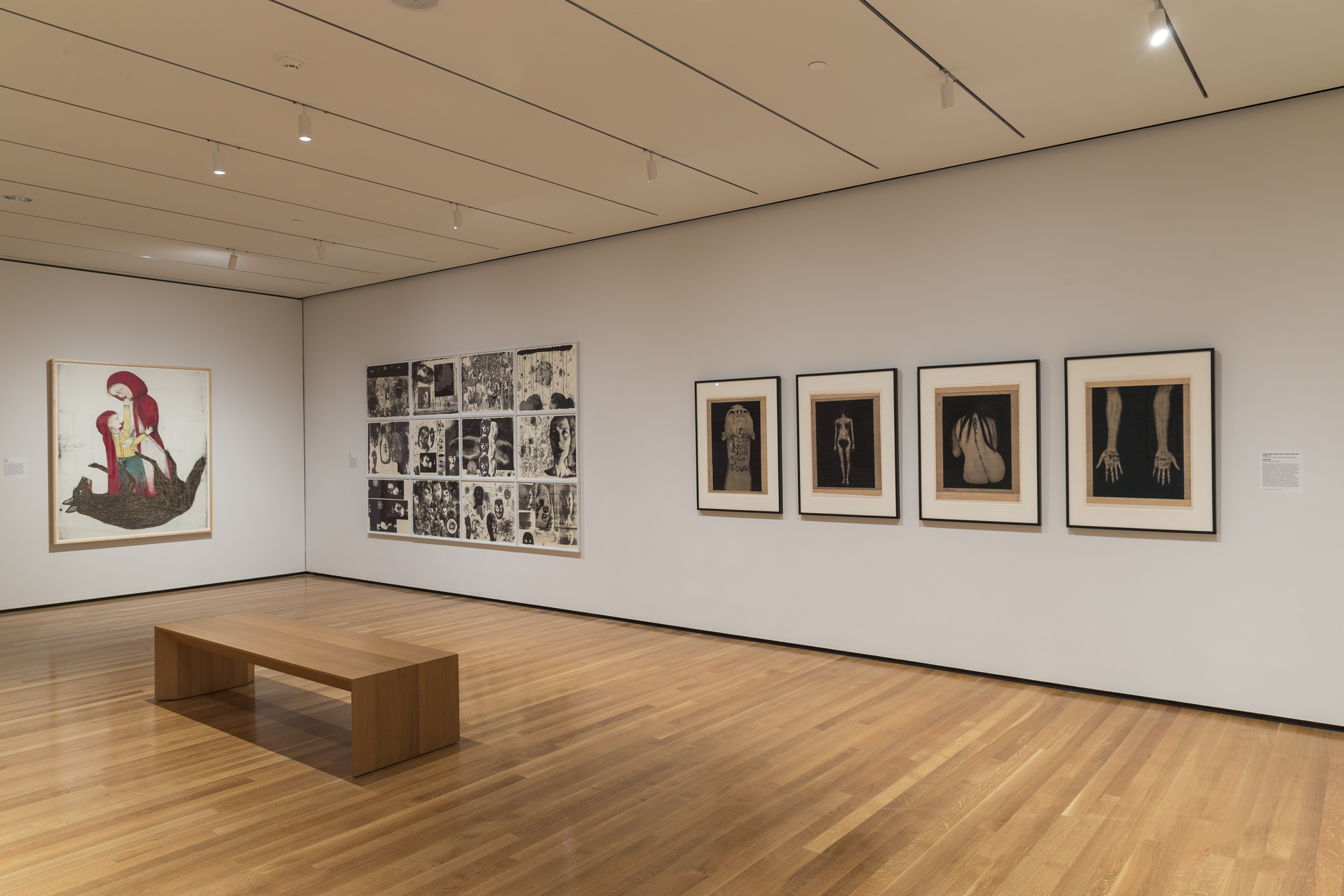 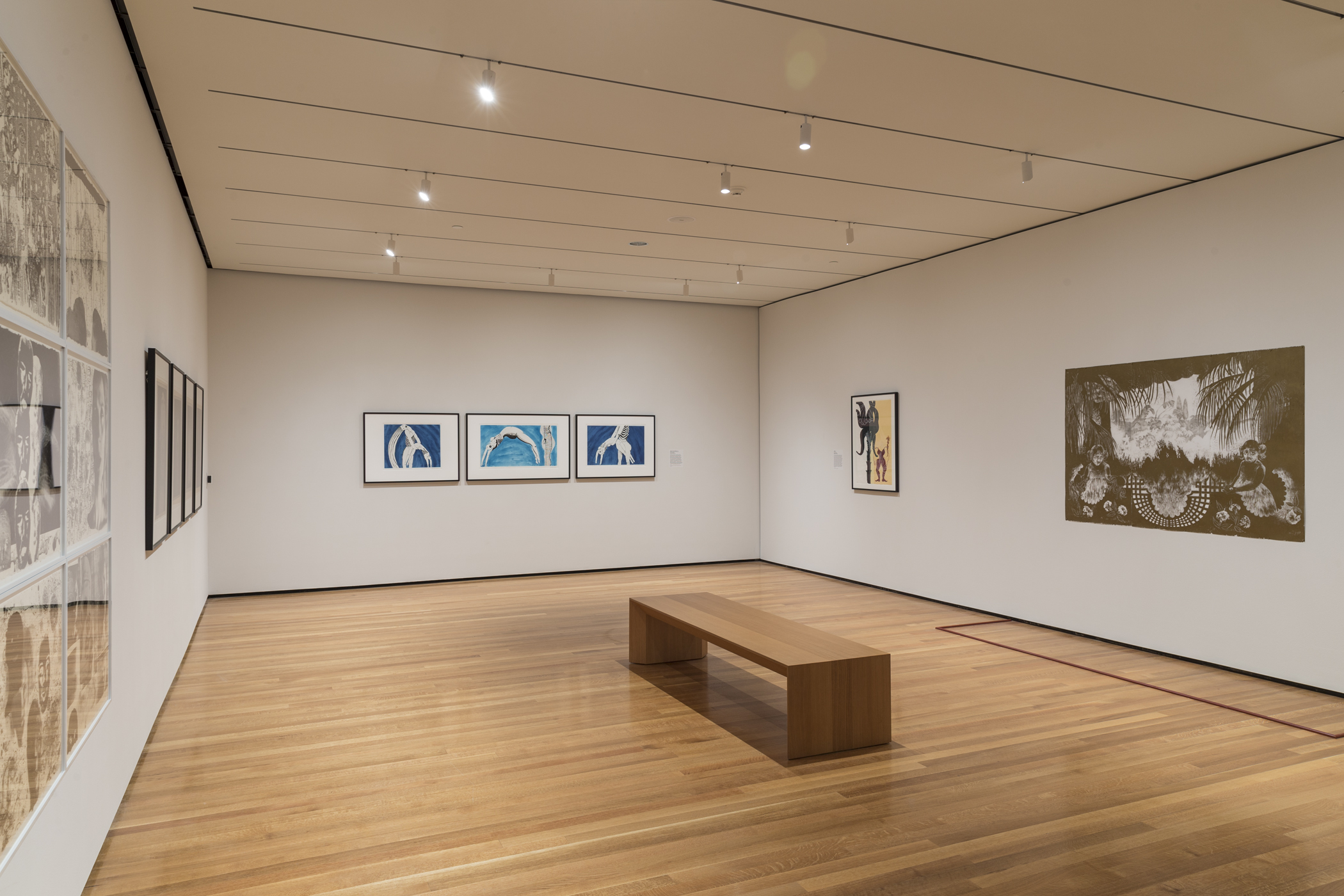 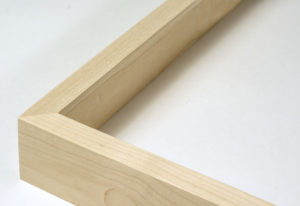 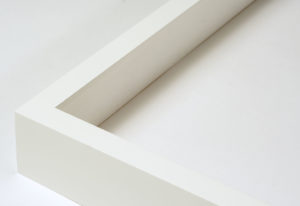 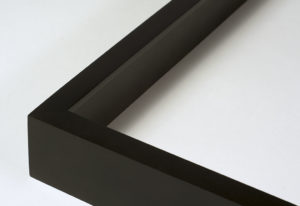