"What gives the strength of dynamite to the photo-poster and pamphlet? First of all, its motto is humanism. And, of course, the ability to see in subjects something new, that which others do not see, but that they should by all means see."—Aleksandr Zhitomirsky, The Art of Political Photomontage, 1983

Zhitomirsky began publishing drawings in 1929. He established his reputation as a leading propaganda artist in World War II, when he adopted the techniques of celebrated German photomonteur John Heartfield to striking effect. Zhitomirsky’s photomontage leaflets, dropped on German troops by plane as part of an extensive psychological warfare campaign, caught the attention of many Nazi troops and, reportedly, of Reich Propaganda Minister Joseph Goebbels. “Choose! Like This or Like That” read the pamphlets in German, inviting soldiers to lay down their guns to spare their lives or perish in the long Russian winter, as many did. 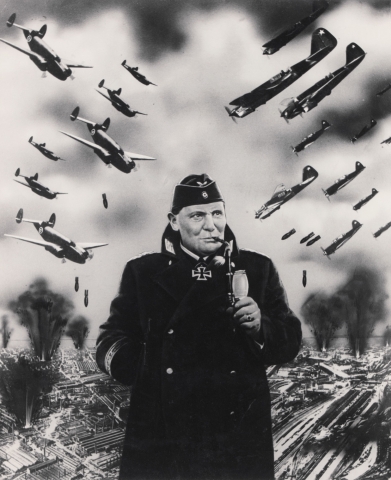 Following the war, Zhitomirsky adapted his techniques and motifs to new current events: echoes of Hitler and Goebbels, for example, shaped representations of Harry Truman and Winston Churchill. 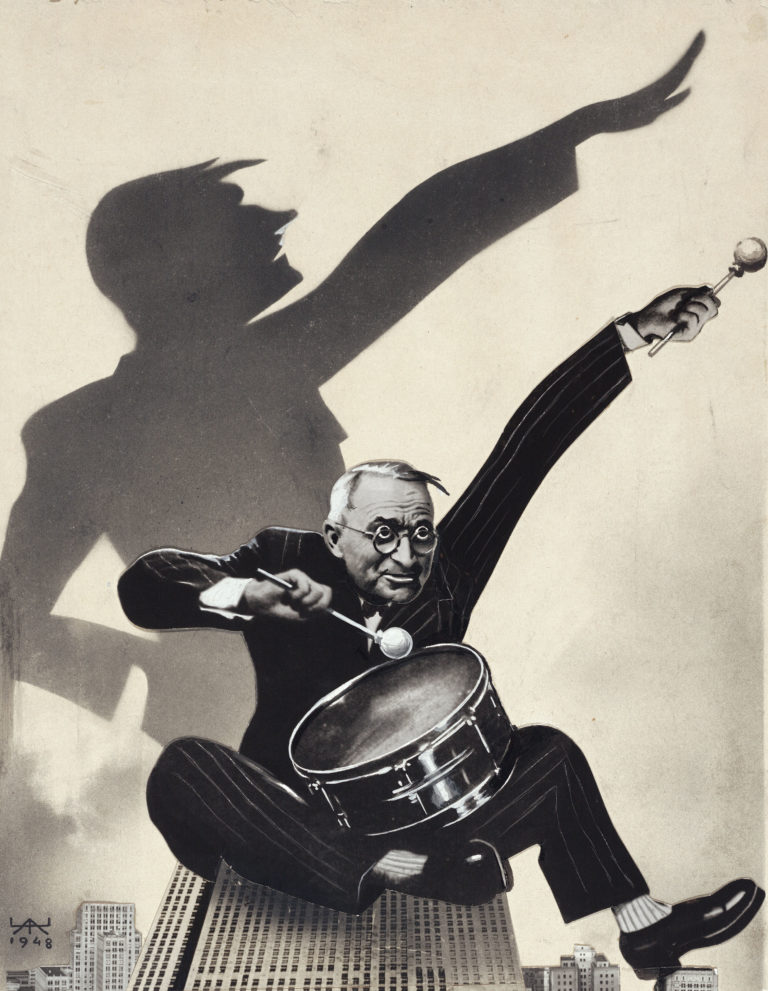 Over time, however, a roster of new objects, and particularly animals, came to life in Zhitomirsky’s work. An airborne scorpion with the head of Uncle Sam, a lion in glasses devouring minarets and oil derricks, simians of various descriptions delivering harangues on television or sporting Wall Street suits—Zhitomirsky’s gift for grotesque satire became more compelling as it grew more fantastical. 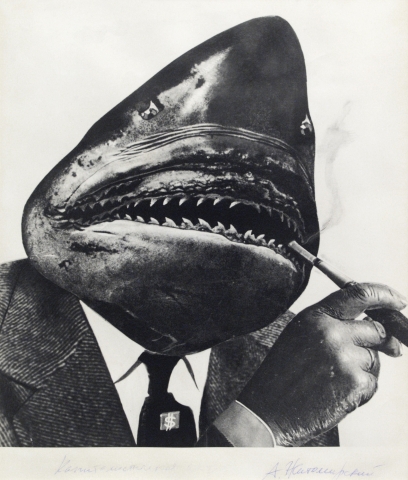 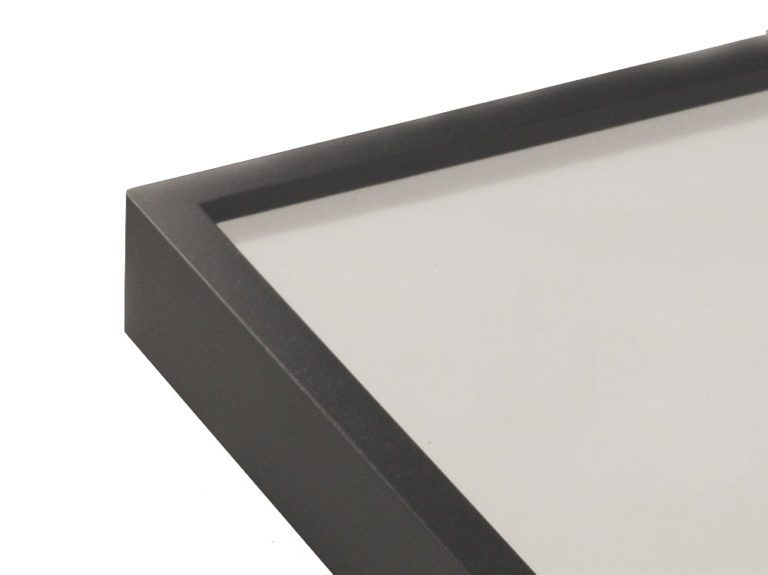