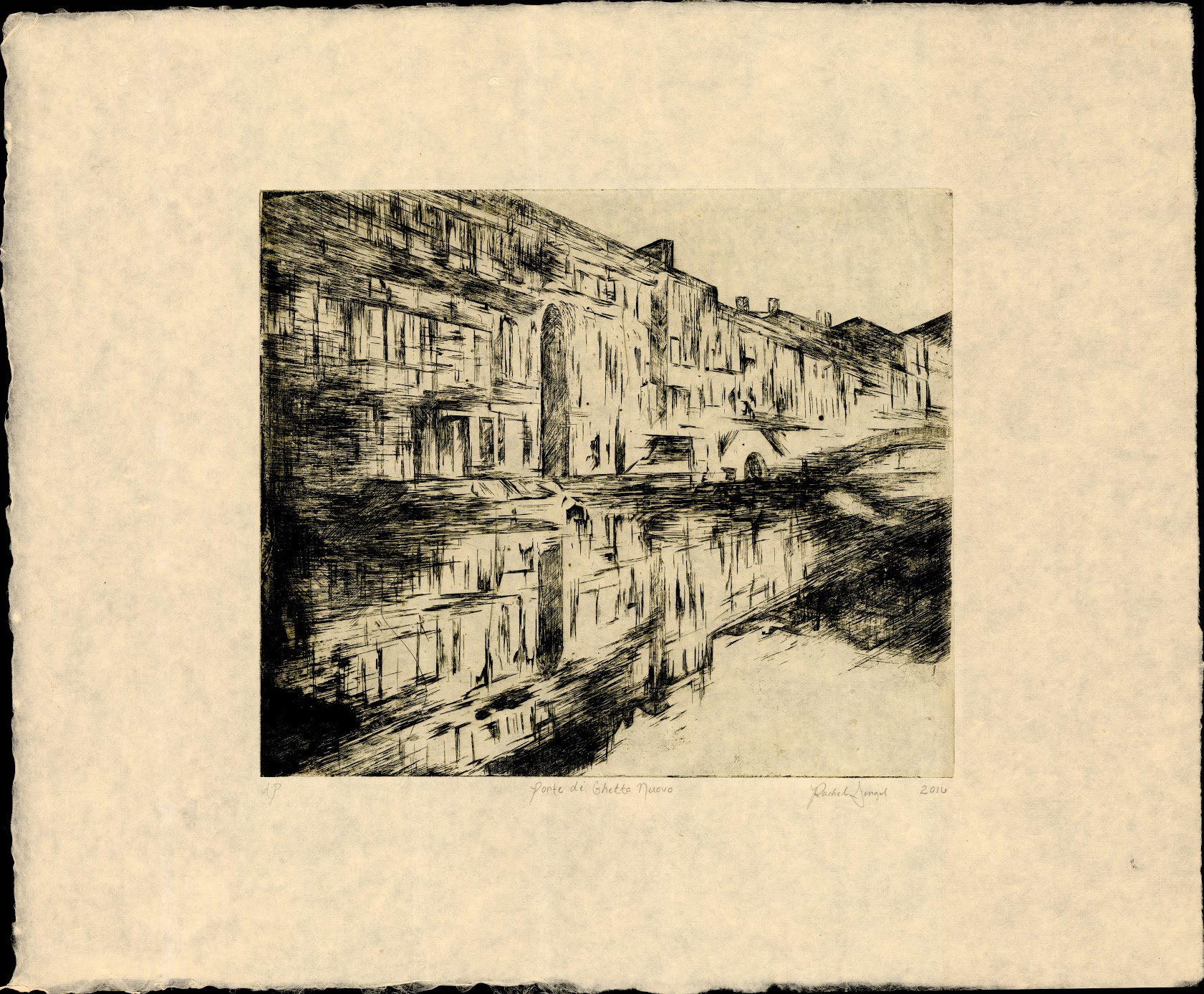 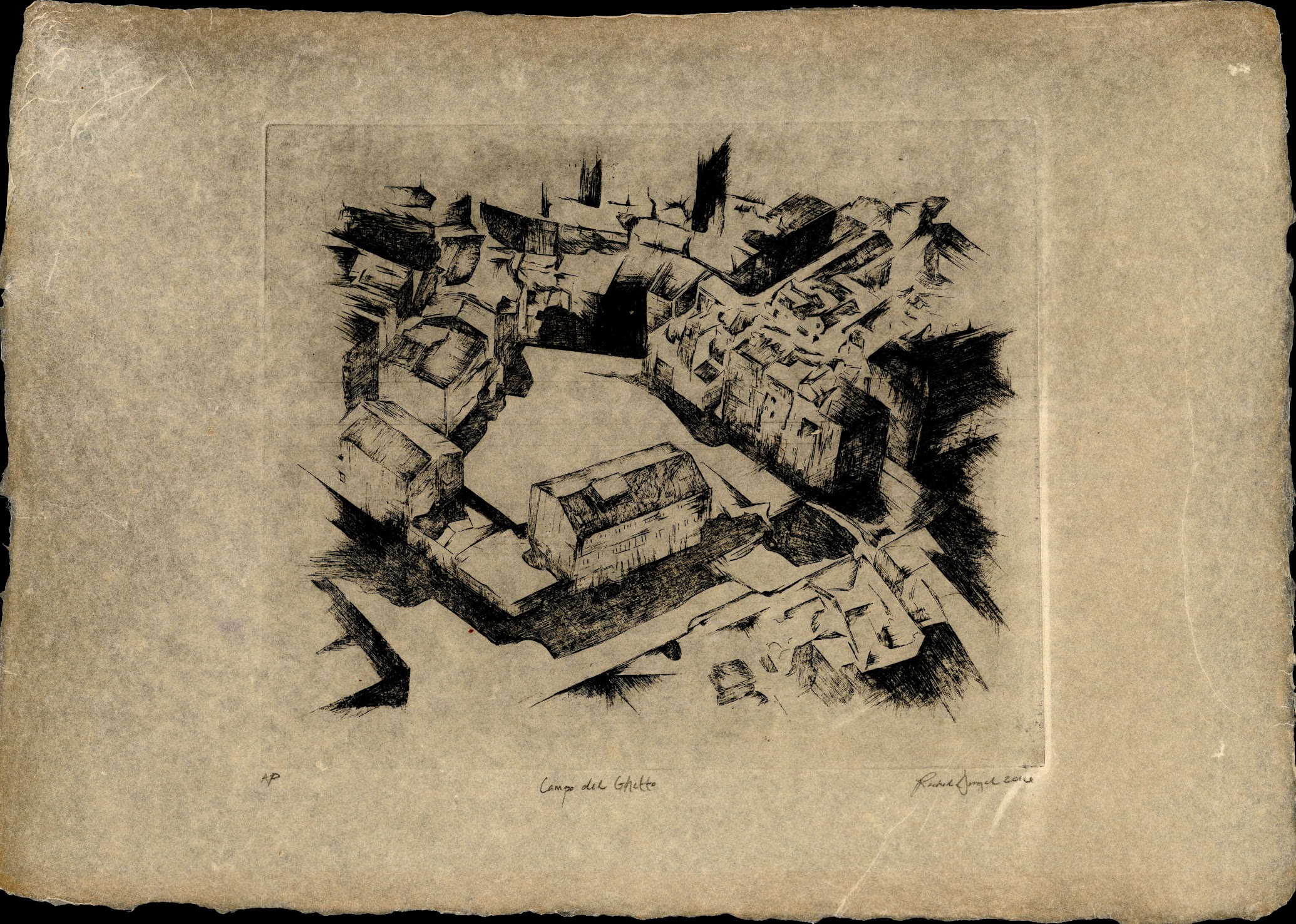 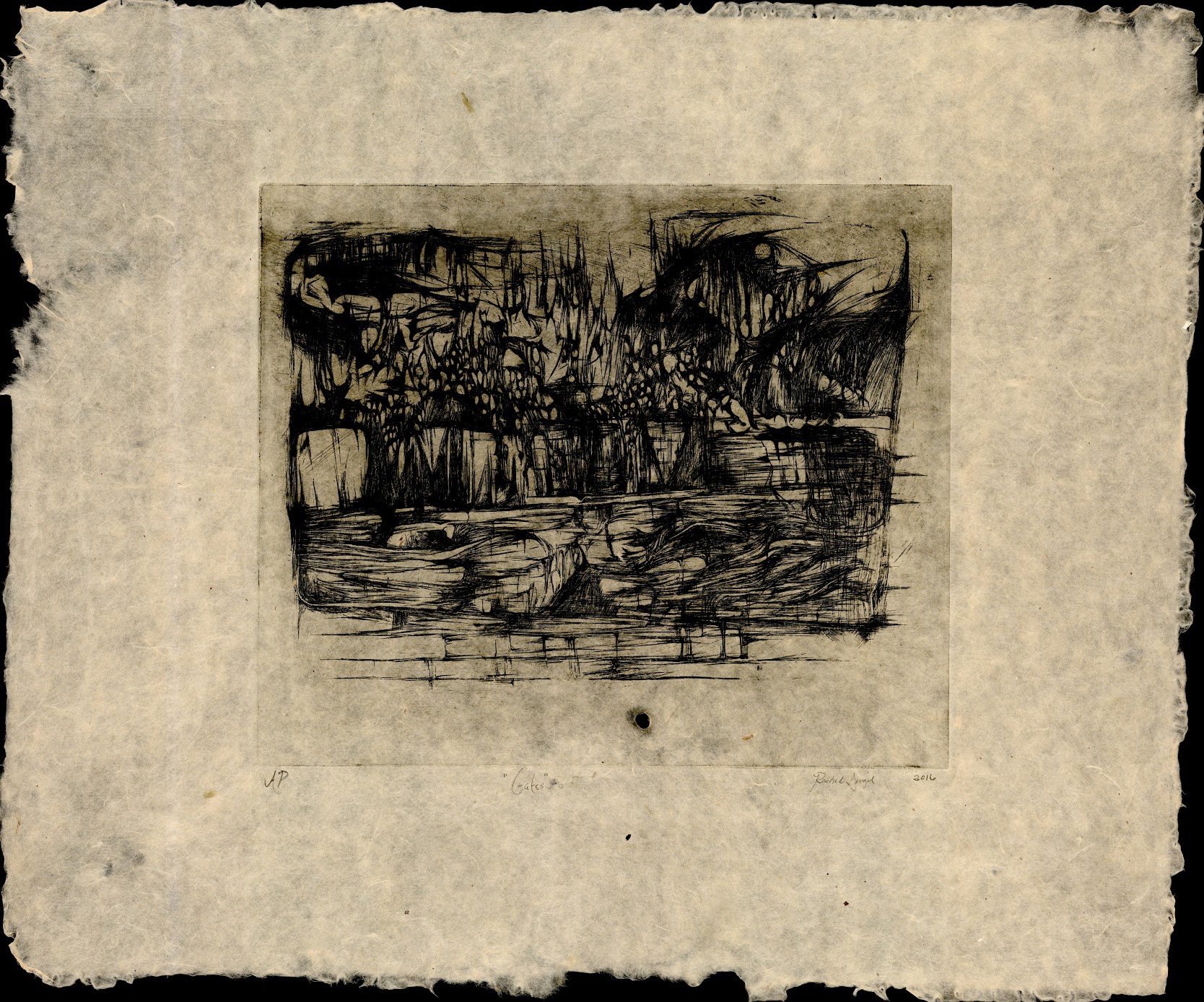 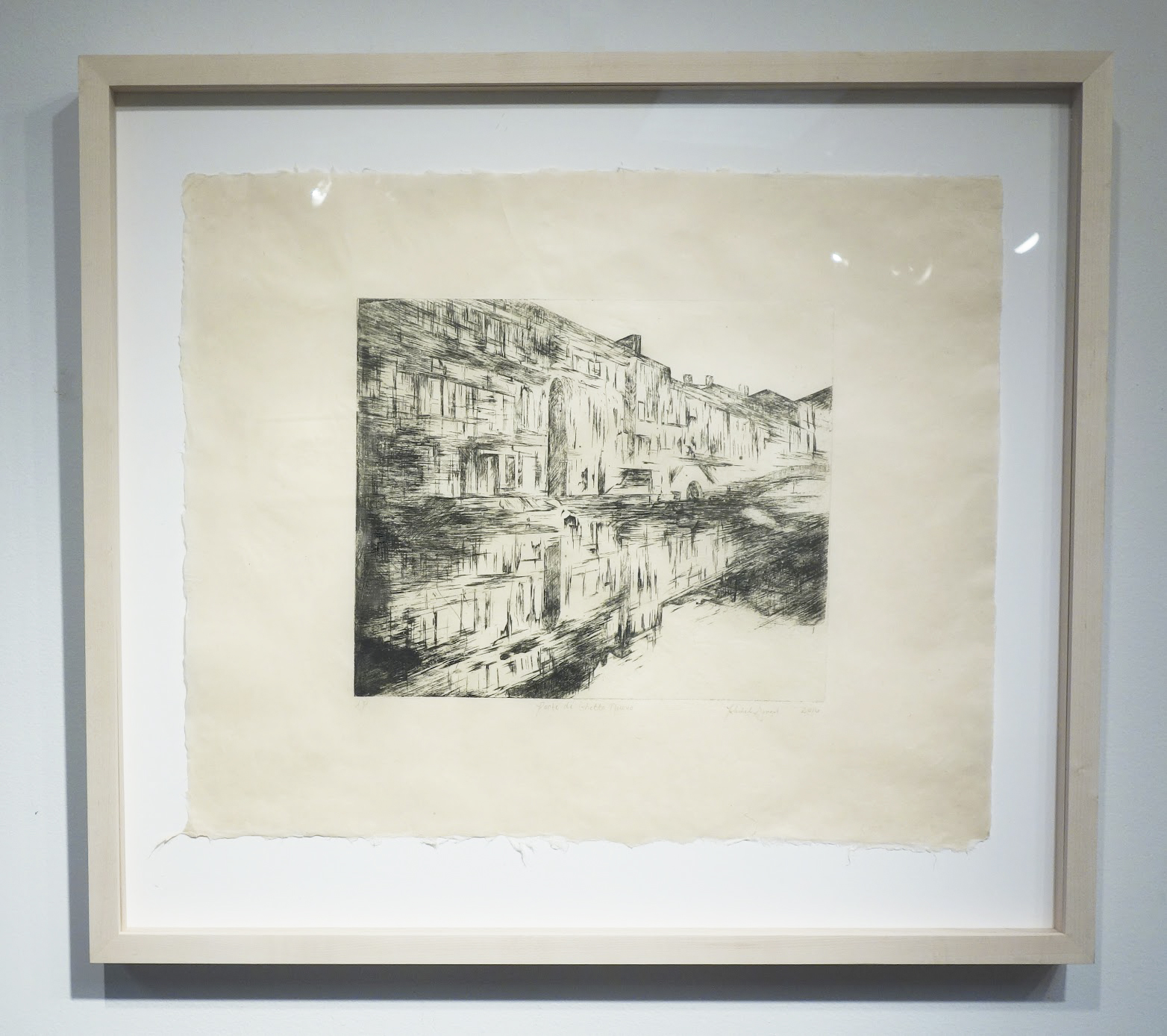 "The year 2016 marks the 500th year since the establishment of the Jewish, Ghetto in Venice, the first ghetto ever in existence. To honor the historical anniversary and the influence this uniquely urban space has had on the development of contemporary architecture, I worked on-site in Venice for two months to create a series of etchings illustrating the buildings, structures, and streets of the Ghetto. These are in exhibitions both nationally and internationally so as to foster the Jewish heritage and guarantee its future as a key religious, cultural and artistic site open to the Jewish Community of Venice and all people worldwide.

The imagery calls attention to the Venetian Ghetto’s significance, not only as an important architectural complex within the confines of Venice, but also its worth internationally. Its structures are resonantly symbolic— representing a community’s resolute will to survive and prosper in what was an exceedingly hostile social environment. The Venetian Ghetto is a study of “. . . violent contrasts; luxury and poverty, freedom and segregation—a microcosm in fact of the condition of mankind." Rachel Singel 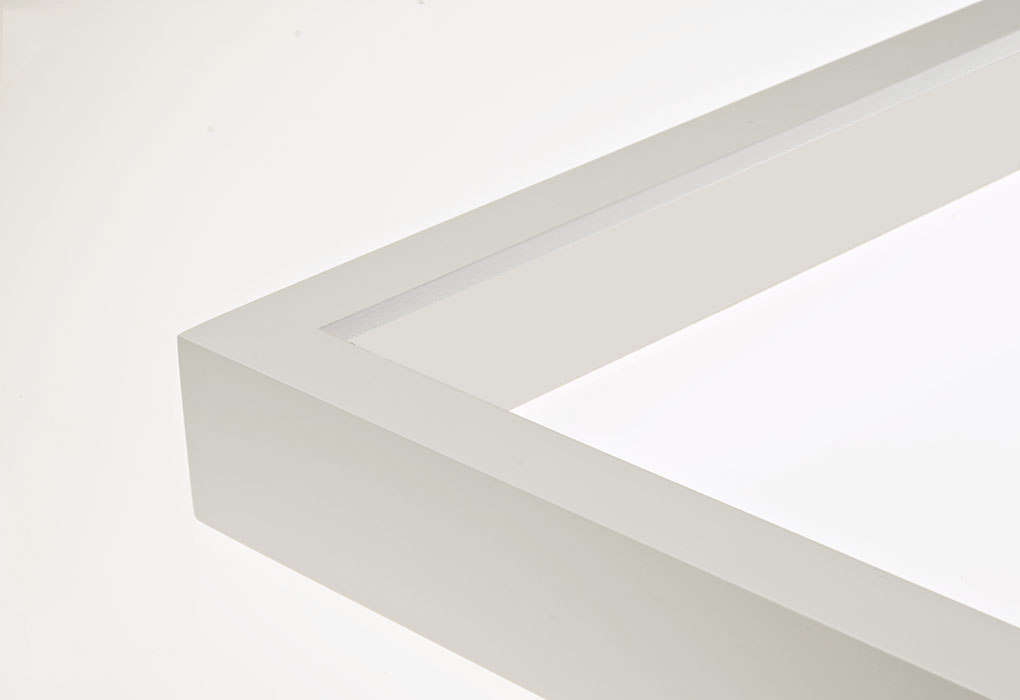