Poet, mystic, and spokesman for the Beat generation, Allen Ginsberg also photographed his friends and lovers over the years. He made albums of these photos, with elaborate hand-written captions. Allen Ginsberg’s photographs will be on view at the Grey Art Gallery at NYU from January 15 – April 6, 2013. 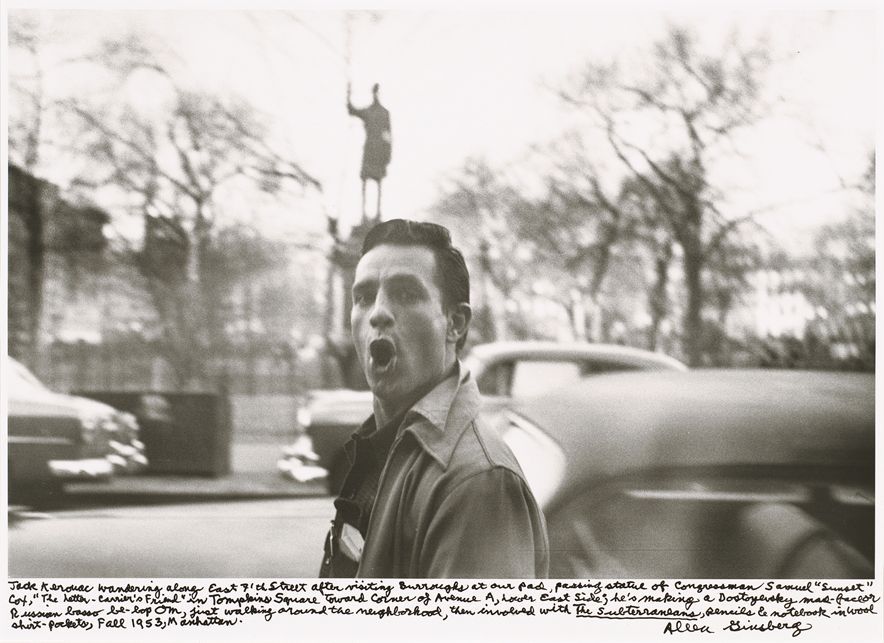 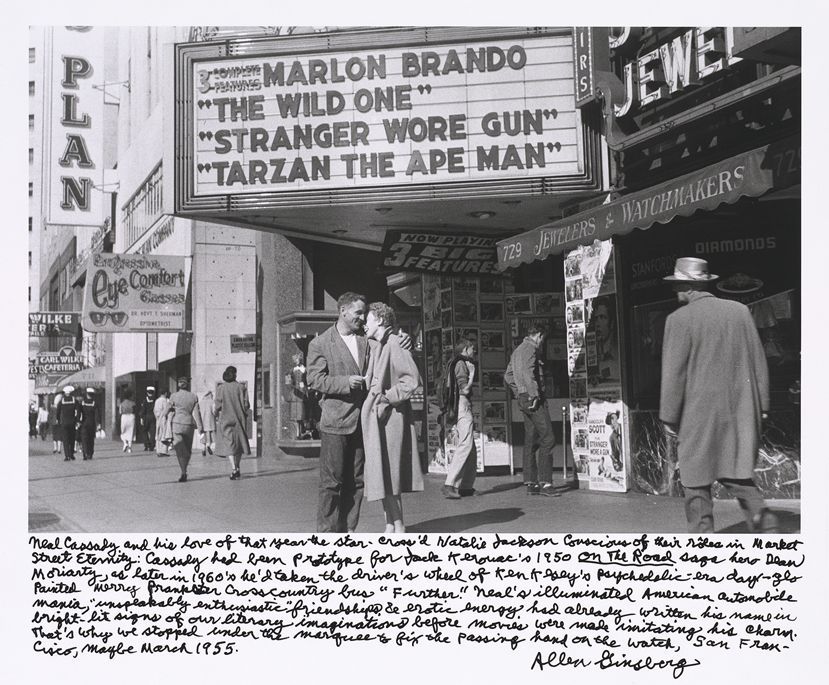 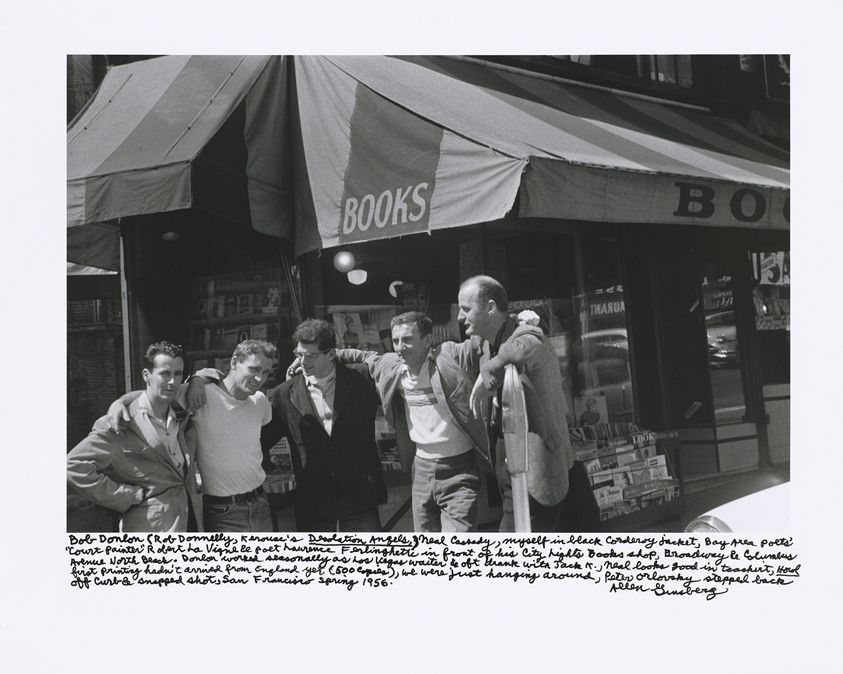 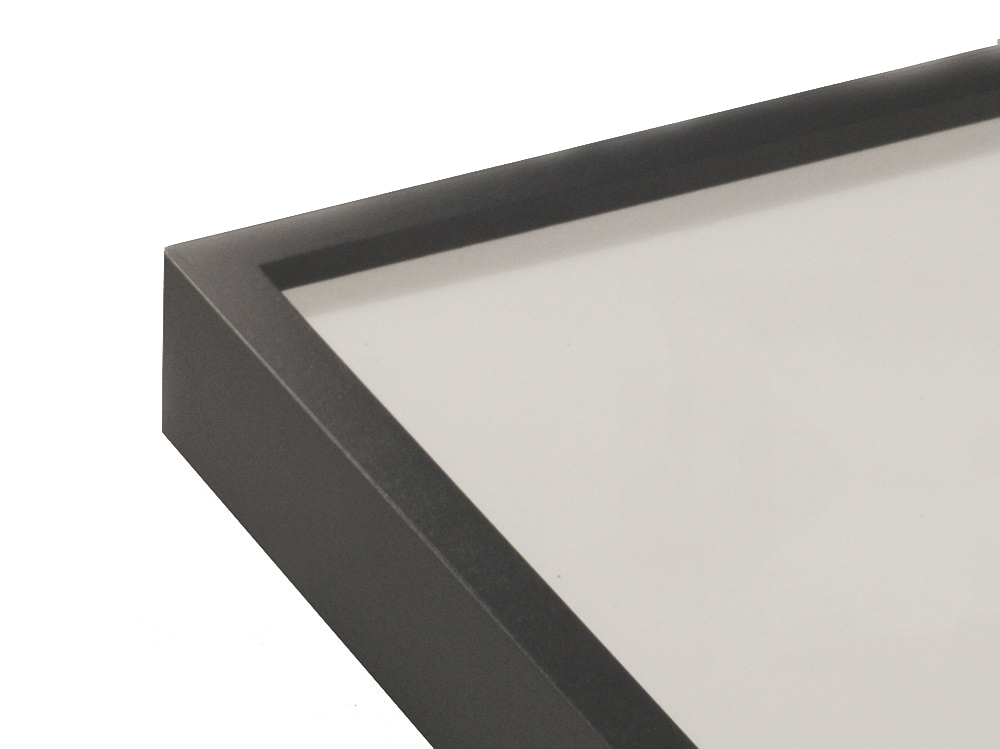 The South Dakota Art Museum has received an extensive, growing donation of valuable fine art prints that offer visitors an encyclopedic collection of printmaking from the 1960s, 1970s and early 1980s. The collection includes impressive examples of pop, op, abstract, color field and photo-realist art. The donation comes from Neil C. Cockerline, a former preservation services director and senior conservator with the Midwest Art Conservation Center in Minneapolis, MN in memory of his late mother Florence L. Cockerline. From initial appraisals, the value of the collection in today’s art market ranges between $500,000 and $1 million. 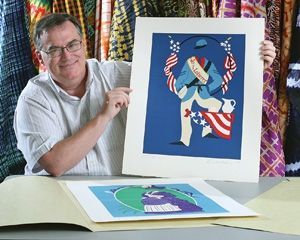 The collection currently contains more than 400 prints and will continue to grow with the South Dakota Art Museum as its permanent home. The Cockerline Collection features more than 100 notable artists including Jim Dine, Robert Rauschenberg, Robert Motherwell, Andy Warhol, Henri Matisse and Robert Indiana.  The works are all original prints which means the artist was present or had strict control of the piece during the printmaking process. After each edition is completed, the plate or screen used to make the print is destroyed, making all the pieces in the collection rare.

“I chose to donate this collection to the South Dakota Art Museum because I knew the staff and university are very supportive of the museum, and they have a reputation of professionalism and a commitment to preservation. The collection will also attract people to the museum. There isn’t a collection like this in the state or nearby.” Cockerline selected each piece to be included in the first exhibition. The South Dakota Art Museum plans to schedule many local exhibitions, as well as send the collection to other venues. Cockerline donated the collection in honor of his late mother because of her influence as his artistic mentor as a child. The donation will be used to educate SDSU students in many departments on campus. “When I put the collection together it was basically to form a context of printmaking from 1960 to 1982,” said Cockerline. “I always wanted it to be a teaching collection.”  Museum interns will gain experience handling, cataloging, researching and preserving contemporary works of art. History and political science students will be able to visually see the impact social unrest and current events of the period had on the visual arts.

Lisa Scholten, SDAM Curator of Collections, said the donation impacts the public by exposing people to rarely seen art. “It would take visiting hundreds of different museums to view all of the prints that now call the South Dakota Art Museum home,” said Scholten. 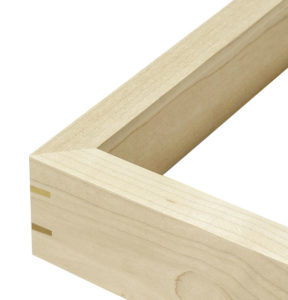 Lines Etched with the Weight of Life: Georges Rouault’s Miserere at The Snite Museum of Art 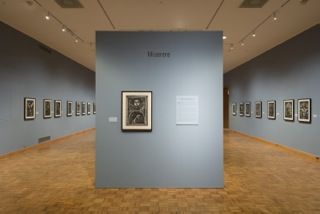 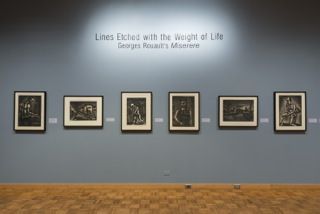 In response to the ravages of World War I, French artist Georges Rouault (1871–1958) produced a portfolio of drawings, which were reproduced as heliogravures, a process combining engraving and photography. Dissatisfied with the results of the reproductions, the artist continued to modify the plates using a variety of printmaking techniques in un-conventional ways.  What he achieved was an entirely new object whose surface physicality created a spiritual space in which the viewer’s mind focuses upon the transcendent truths expressed by the artist. Although printed in 1927 under the supervision of the artist, the prints remained in storage until 1948 when they were finally published.

“Lines Etched with the Weight of Life: Georges Rouault’s Miserere” is a haunting series of 58 works on paper.  The title, “Have mercy on me, O God” is taken from Psalm 51, and is considered a monument in twentieth-century printmaking.  This is the first time the Snite Museum of Art will present the series, described as a powerful lamentation of the human condition, in its entirety.

Compared with some of the most famous graphic sequences in history, including Albrecht Dürer’s Little Passion, Jacques Callot’s Caprices, and Francesco Goya’s Disasters of War, Miserere uniquely combines overtly religious iconography with modern, subtle and introspective portrayals of human misery and salvation.  Prints by these artists are also included in the exhibition to illustrate Rouault’s homage to tradition and his endless innovation. 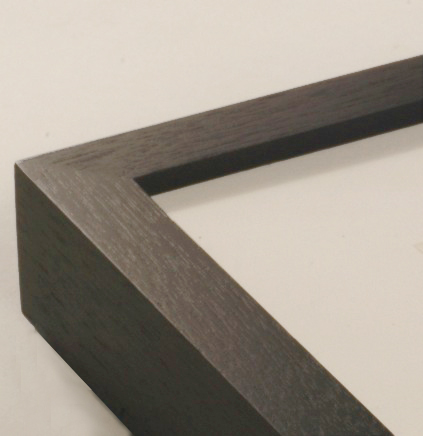 For Joseph D. Jachna, photography has always been a spiritual practice. His photographs are quiet meditations—offerings from a lifelong naturalist. Jachna considers himself a poet with a camera, creating the visual equivalent of a Haiku. As with Haiku, the highest form of Japanese poetry, his ideas flow with an intensity created by combining a few carefully chosen elements in a spare and elegant framework.

Surface Contradictions is comprised of over sixty previously unknown vintage photographs from the artist’s 1961 thesis project on the subject of water, along with images made several years later in Door County, Wisconsin.  These photographs represent an overarching theme Jachna returned to time and again, all ideas of self – exploration, reflection, and expression.  Incorporating opposing surfaces found in the outdoors – Rough/Smooth; Wet/Dry; Matte/Lustre; Luminous/Dark; Teeming/Empty; Opaque/Transparent – Jachna enhances natural contrasts, and from his simplified compositions, complex revelatory images arise. 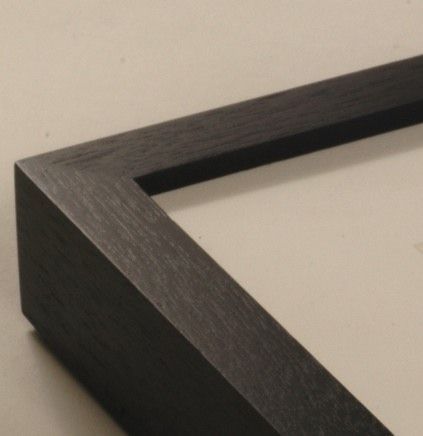 American Vesuvius: The Aftermath of Mount St. Helens by Frank Gohlke and Emmet Gowin at Cleveland Museum of Art

“Gowin and Gohlke were both innovative, influential practitioners of landscape photography when each decided, independently, to photograph the aftermath of the cataclysmic 1980 eruption of this volcano in Washington State,” says Barbara Tannenbaum, the organizing curator and the curator of photography at the Cleveland Museum of Art. “Photographing at Mount St. Helens transformed their approaches to landscape and forever changed the course of their art.”

Because access to the mountain was initially limited to flyovers, both photographers took to the air during their initial visit to investigate the newborn land around the mountain. It was Gowin’s first experience with aerial photography, a practice that would soon become central to his landscape work. He made several trips there between 1980 and 1986. Gohlke returned to the region numerous times between 1981 and 1990 and his photographs testify to the volcano’s destructive force but also chronicle the land’s rebirth during its first decade.

Tannenbaum says that “American Vesuvius is the first time that in-depth selections from Gowin and Gohlke’s Mount St. Helens images have been together in a single exhibition. Visitors to the exhibition will have a unique opportunity to compare and contrast the work of these eminent photographers while exploring nature’s destruction, then regeneration, of Mount St. Helens.”

American Vesuvius is presented in conjunction with The Last Days of Pompeii: Decadence, Apocalypse, Resurrection and will be on view in Photography Galleries from January 13 to May 12, 2013.

Frank Gohlke (born 1942, Texas) has been a leading figure in landscape photography for over three decades. He earned a BA in English Literature from the University of Texas at Austin in 1964 and an MA in English Literature from Yale University in 1966. While at Yale, he studied photography with landscape photographer Paul Caponigro. Gohlke has received numerous awards including two Guggenheim Foundation Fellowship and grants from the National Endowment for the Arts and the Gund Foundation. His works have been exhibited at the Museum of Modern Art, the Art Institute of Chicago, the Cleveland Museum of Art and the Minneapolis Institute of Art among others.

Emmet Gowin (born in 1941, Virginia) has been a prominent figure in photography since 1970s. He earned a BA in graphic design from Richmond Professional Institute (Virginia Commonwealth University) in 1965 and an MFA in photography at the Rhode Island School of Design in 1967. Gowin taught at Princeton University for 25 years and has influenced innumerable photographers through his own work and his academic career. He has received numerous awards including ones from the Guggenheim Foundation, National Endowment for the Arts, Pew Foundation and the State of Pennsylvania. His works have been exhibited widely at museums such as the Cleveland Museum of Art, Philadelphia Museum of Art, the Detroit Institute of Arts and the Museum of Contemporary Art, Chicago.

“American Vesuvius: The Aftermath of Mount St. Helens
by Frank Gohlke and Emmet Gowin”
January 13 – May 12, 2013
Cleveland Museum of Art 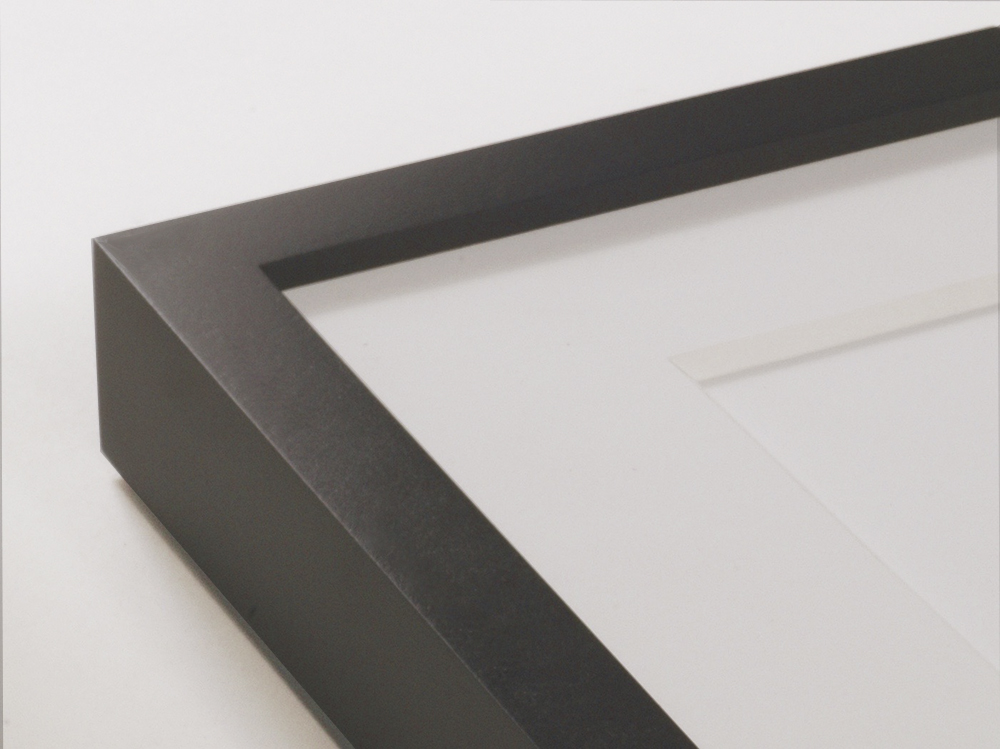 The Bowery Gallery presents an exhibition of Younghee Choi Martin’s “Recent Paintings: Myth of Orpheus,” on view from December 26, 2012 through January 26, 2013. The opening reception will be held on Thursday, 5–8 pm, January 3, 2013. 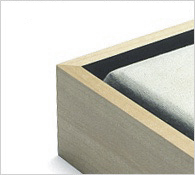