The first installment of the biennial Ruttenberg Contemporary Photography Series features the work of New York–based photographer Deana Lawson. For nearly a decade, Lawson has been investigating the visual expression of global black culture and how individuals claim their identities within it. Her staged portraits, carefully composed scenes, and found images speak to the ways in which personal and social histories, familial legacies, sexuality, social status, and religious-spiritual ideas may be drawn upon the body.

Lawson began her work in and around her Brooklyn neighborhood but has recently branched out nationally and internationally to places such as Louisiana, Haiti, Jamaica, Ethiopia, and the Democratic Republic of the Congo. While her themes have remained consistent, her landscapes have shifted and broadened—the global scope of the pictures, in her words, “concern and affirm the sacred black body” and speak to a collective psychic memory of shared experiences.

Lawson starts her process by researching communities she has chosen for their cultural histories. Once on site, strangers met through chance encounters become her subjects, selected for a particular expression, mannerism, style of dress, or cultural or religious affiliation. The resulting images are often inspired by multiple trips or planned well in advance. They draw upon Western and African diasporic conventions of self-presentation, popular culture, mythology, and religious rituals and beliefs—emphasizing dialogues among the past, present, and future of black culture. 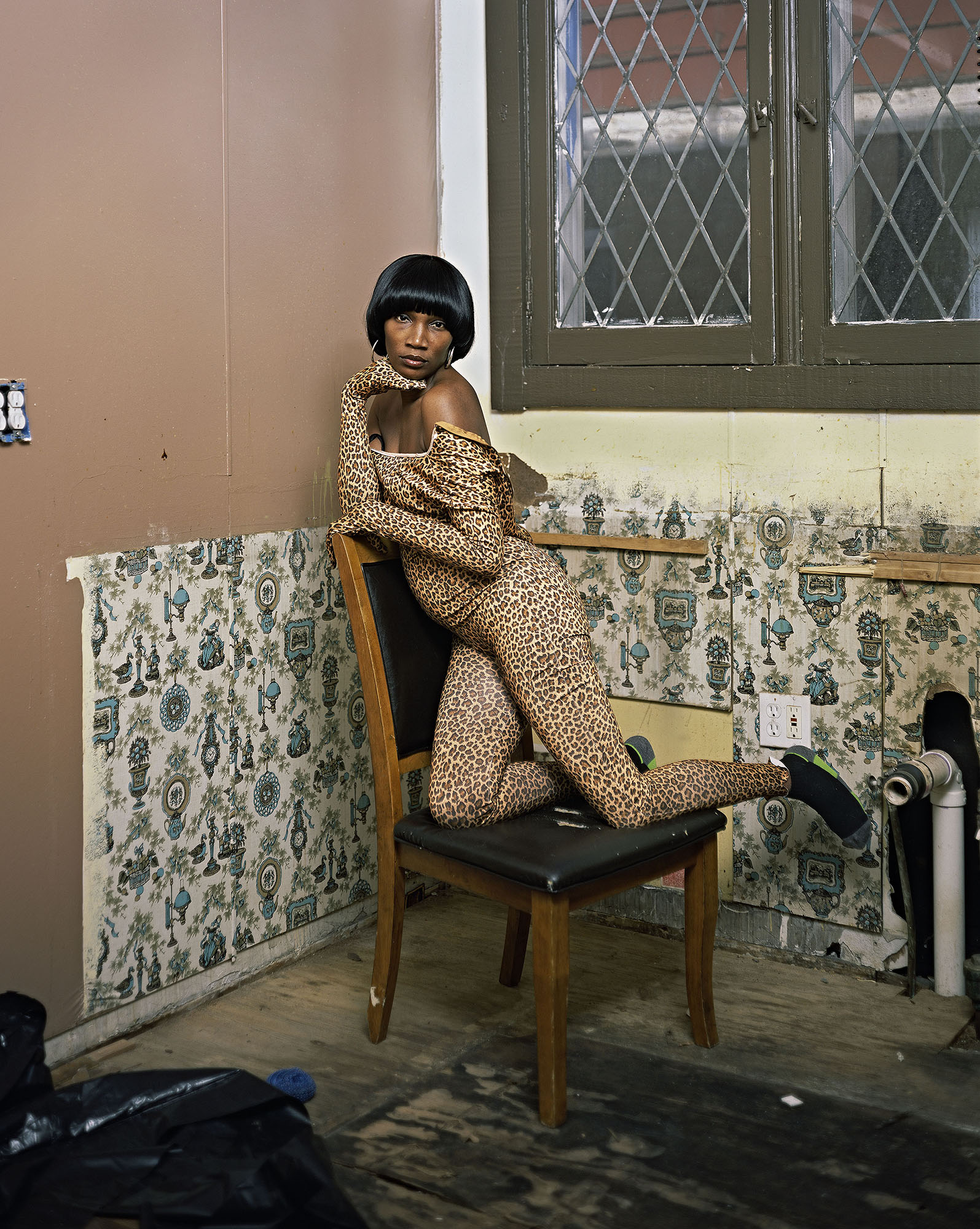 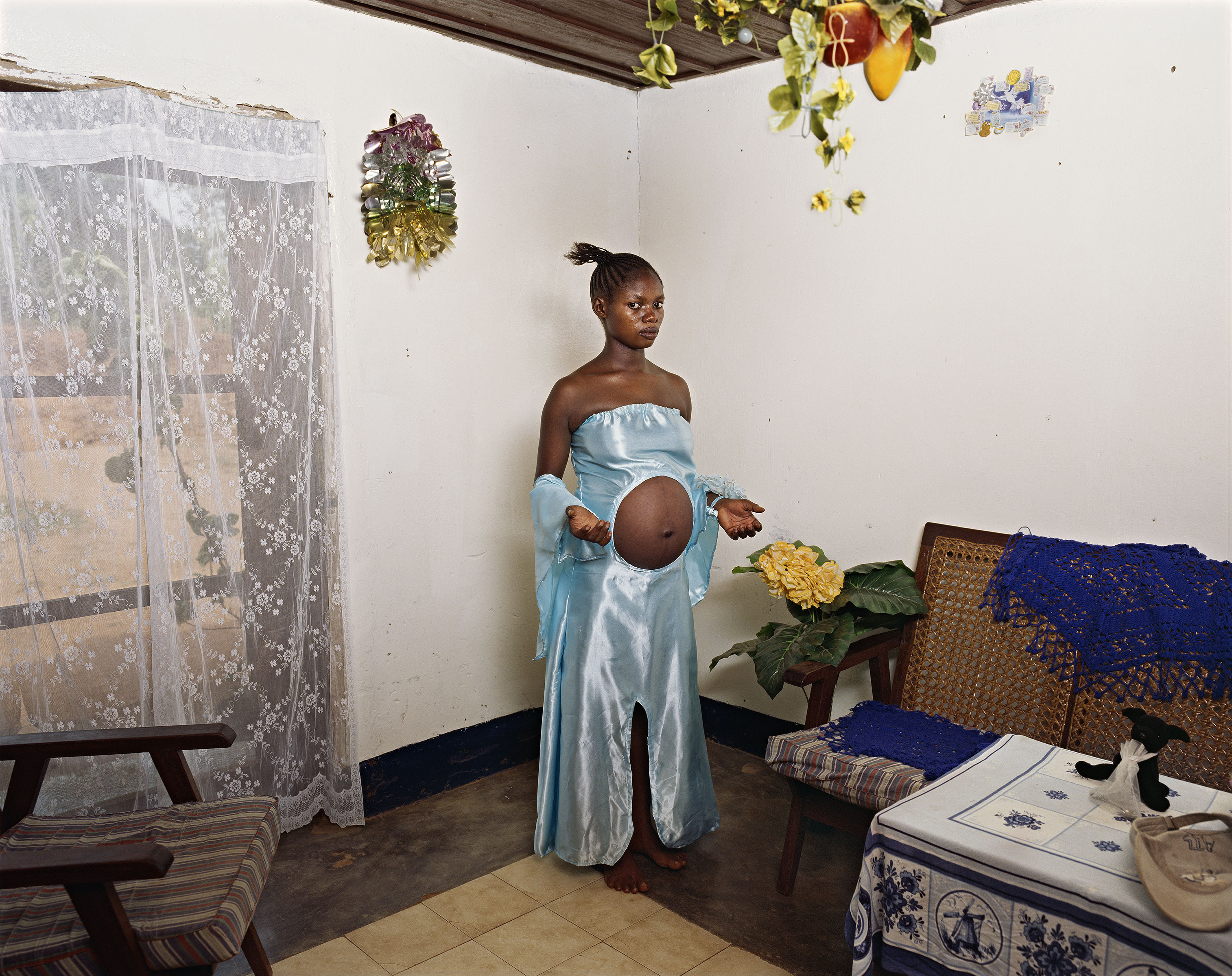 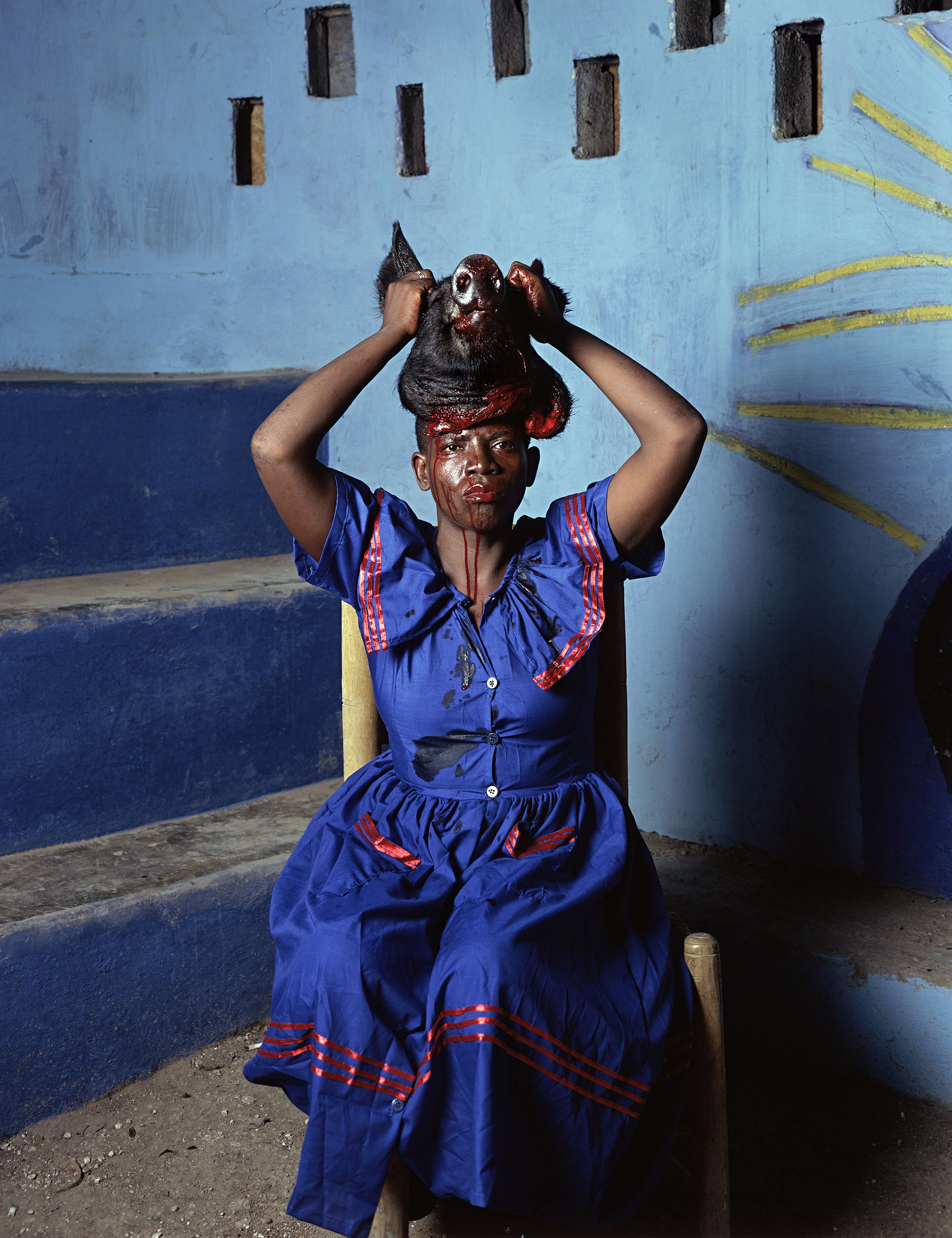 Deana Lawson. As Above So Below, Port-au-Prince, Haiti, 2013. © Deana Lawson. Courtesy of Rhona Hoffman Gallery, Chicago. 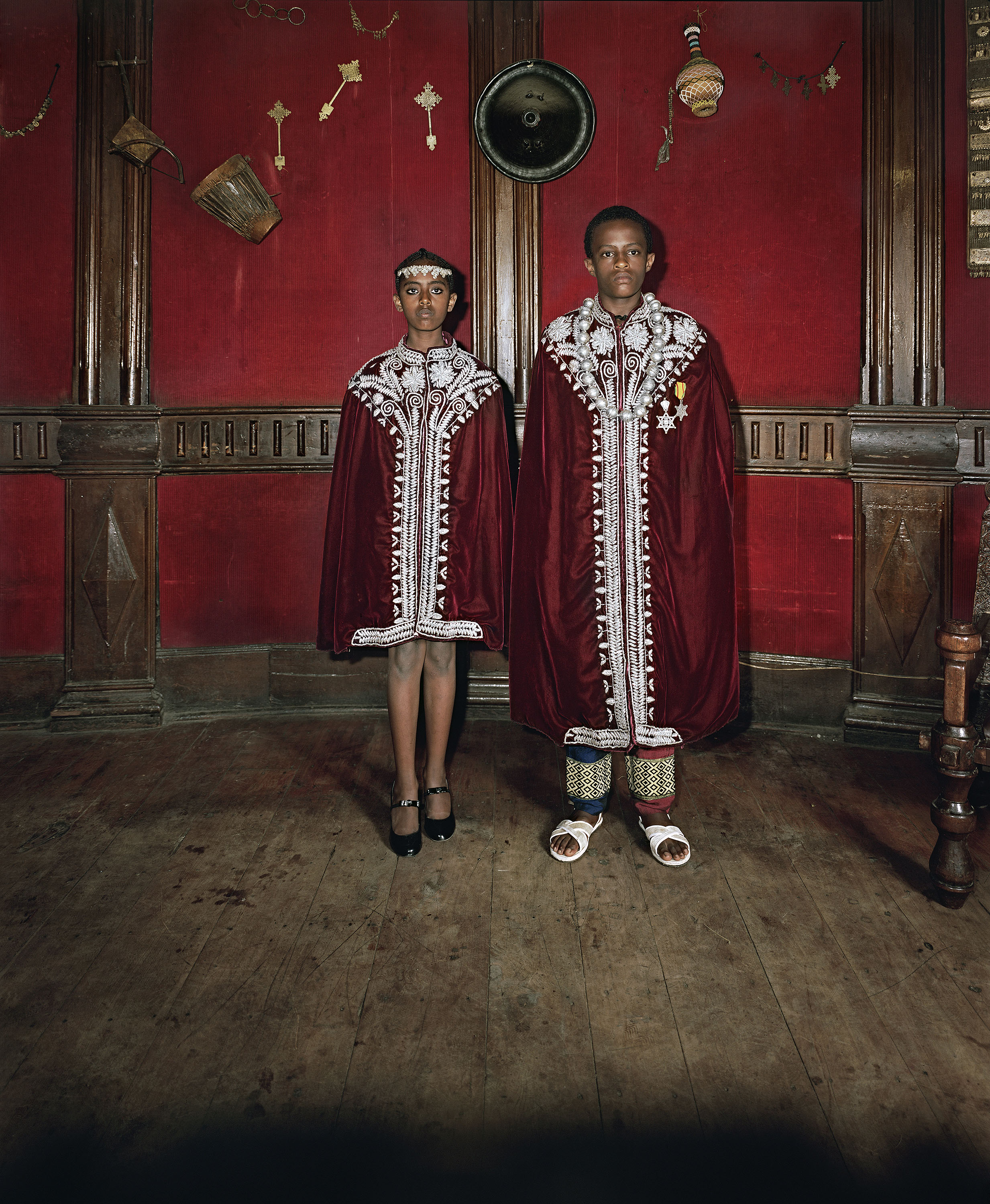 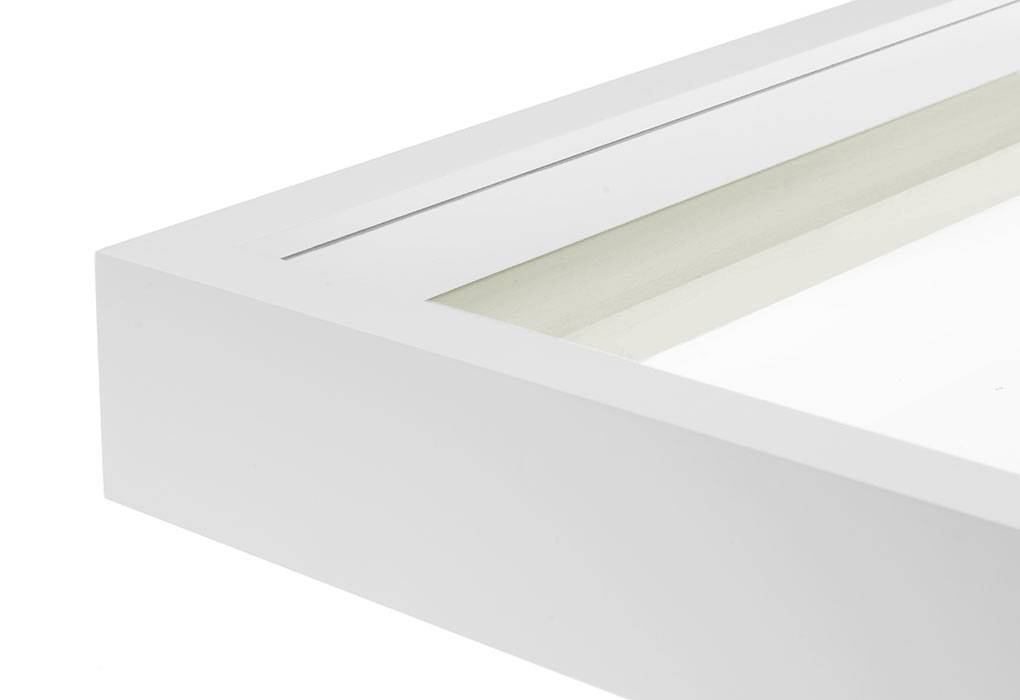